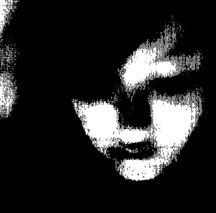 BLACK TAPE FOR A BLUE GIRL

Help Sam to release the 12'

Sam Rosenthal took some time to tell us more about his kickstarter project to release a new 12" of Black Tape For A Blue Girl. In the end Sam reminds us (the journalists) that you (our readers) would love to hear more about the lyrics. Probably he’s right, but hey, now you have an extra reason to listen to the songs for free, that you can find here.

Why did you decide to ‘kickstart’ your EP Bike Shop? If I understand it correctly you can download the songs for free, but to realize the vinyl EP (with extras) fans need to pay a certain amount of money.
I think letting people hear the music is an essential way to get people excited about supporting a physical release. I know it sounds counter-intuitive to give away what you are trying to sell; but the music industry has gotten pretty surreal these days, and you can’t assume that the old laws of nature still apply. I tried this same idea with the Monolith release (from my solo-electronic project As Lonely As Dave Bowman), and it worked out; I figured I’d try it again. So far, it’s looking promising.

What can people expect for their money?
They are helping to create a 12" on yellow and black vinyl. There’s other things they can get with higher pledges, such as test pressings, hand-written lyrics, their names in the credits.

You released the rough mixes of the EP (they are almost done, but not mastered). Why did you choose that option? Why didn’t you release (for instance) two tracks instead of four?
I think that each artist will discover what works best for him, as far as interacting with listeners and the new record industry is concerned For me, I’ve always been very honest and open with Projekt’s customers and the people who care about what I create. It’s a bit of a tease to say, “here are two free, now pay money to get the other two”. Right? I want them to hear the music, that’s really the most important thing to me. Give it away, and money comes in somehow.

Will crowdfunding be the new way to release and distribute music? Especially for a label like Projekt? Or will there be no labels anymore in the future (I know you have your opinion about the current music scene)?
I don’t think there’s one rule that applies to every artist. I think engagement and seeing what works is what bands need to do. I don’t really know if a label can crowdfund all of their releases. I don’t know if that works. I think the people who love the music like interacting with the band, reading what the artists have to say on their updates, etc. So, I think it’s a fan-to-band interaction that works best.
To the other question about “no more labels;” Well, I am not ready to commit to yes or no on that. I think labels still serve a purpose, especially as artists get bigger and need professionals working with them to forward their careers. A lot of musicians just aren’t good at the detail-oriented part of getting their music out there / getting paid. I have more than 30 years experience at it. I know where the money comes from, and how to make sure the artist is in the channel to get that!

Is downloading music a blessing or a curse? Why?
I guess that downloading is neutral. It’s a way to hear music. It’s what humans do with it that is a blessing or a curse. I’ll tell you why I believe in downloads: You cannot fight change. You can scream at it and bury your head in the sand, however that is not going to alter what is happening. Ultimately artists have to work with what we are given. And if people want to download music for free, or stream music for almost free, then I am looking for ways to make that work for me and my art. Working so what I used to see as a curse, is revealed to be a blessing. That’s definitely something true in many aspects of life: you never really know if a choice is ‘right’ or ‘wrong’ (‘good’ or ‘bad’), until it has played out and you see what ends up happening.

You had to wait a long time (you know him 20 years) to finally team up with Michael Plaster (SoulWhirlingSomewhere); why was it so important for you to work with him?
I love Michael’s voice. As you probably know from my band, I do like working with male vocalists; they often represent me within the lyrics. When I started writing these songs, I wrote lyrics I thought fit Michael’s thematic styles. As if I was a songwriter for Michael. It’s like creating a new character, or writing a short-story. And then knowing I had the perfect actor to portray this character. The pieces draw from my real experiences over the last couple of years. But I blurred a bunch of relationships into one, and then embellished with things that made the stories more alive.

The voice of Michael gave you the opportunity to approach the music differently. What are for you the main differences between the Bike Shop EP with Michael and the other Black Tape For A Blue Girl material?
These are four acoustic guitar songs together, which I wouldn’t really do on a Black Tape album. It’s a different sound, in that it’s sort of mellow, ethereal acoustic rock music. In the past, there would be one song like this on a Black Tape album; this was a chance to make a whole release of ‘em.

You were so excited you wrote three more songs in a very short time. You love how quickly this release has evolved from idea to something we can listen to. Do you think this will always work like this or do you need more time for other releases?
I think that I write pretty fast these days, and once a song has moved to the point of adding the vocals I know it’s going to be released. So, I am thrilled by the idea that along with full albums that take a lot more time (writing songs, deciding which ones fit, recording with the different singers and instrumentalists), I can do these EP projects which can appear much faster. I feel that as an artist, it’s good to have many outlets, rather than putting all my energy into one release. That’s why Monolith and Bike Shop happen simultaneously to the creating of the new album.

The track Bike Shop/Absolute Zero will be released on the new Black Tape For A Blue Girl album These Fleeting Moments as well. Can you tell us more about the new album? You said on the website it will be a return to the ethereal dark wave/darkambient sound of the 90s?
That’s right. My thinking is that it’s a good time to explore the older sound, the languid, long-form, darkwave mood of the past. I love the 10 Neurotics album; and at the same time I think I don’t need to keep going in that direction, just to make a similar sounding follow-up. I still have a number of unreleased songs from that period which I might write lyrics for and record, and do an EP that’s sort of the 11th Neurotic. But I recorded that album 6 years ago, and it’s not where I am at today, thematically and sonically. The new songs deal with relationship angst, of course; But they also look at life experience, questioning our goals, what we’ve accomplished, and if we’re living the life that is authentic to our core. The first side of the album is done (I am conceiving it as a 2-LP set, which will also be on CD). It’s a 17 minutes track, that explores a lot of those questions, in a darkwave/dark ambient sound.

Will you release These Fleeting Moments with crowd funding or will it be a normal Projekt release (in the ‘old fashioned’ way)?
It’ll be crowdfunded, for sure. Why? Honestly, it is much more fun this way. I like getting people involved in the process of making the album, meeting old and new fans of what I create. It’s inspiring to get to know people who like my music, and want to see me succeed. The old fashioned way is sort of dull, isolating. Me at home alone most of the time. And then one day, POP! The album comes out. With crowdfunding I get to share with the listeners the process. “Hey, look! I am working on the cover!” “Hey, look I just recorded drums with Brian!” That’s fun.

Is there a chance we will see Black Tape For A Blue Girl performed live in Europe in the near future?
Sure, there’s a chance. But playing live is a big undertaking. Time, and money. And generally, the band loses money playing shows, and that’s just not really what I want to do. If a festival wants us to play, they need to pay our expenses and pay us something for our time. It’s only fair to the people who work with me in the band. They are taking time off from their job and their lives, and they deserve to get paid for that. Otherwise, if it is going to lose money, I’d rather lose money on something like making a video or buying some new gear. Or going on a vacation (laughs)!

Something you always wanted to say, but never were asked…
I guess I wish I was asked more interview questions about my lyrics. About the themes behind the music. I think that’s something the audience really connect to. But I don’t think it’s something that journalists take the time to delve into. So yeah, about the themes.

Thanks for the interview, I appreciate it.

Kickstarter to donate: http://kck.st/1Fkr0T1
Hurry, because there are only a few days left to get involved!

THE MARY HART ATTACK • If you think this is a democratic process: forget it!
ELISA WAUT • I have difficulties with the mass mind. I'm just the opposite. I'm not someone who is going to love things because everybody say it’s okay.
MASSENHYSTERIE • We are definitely kinky
SKINDRED • We wanted to sound naturally with much riffs and that's how we prefer to play live too
POLYNOMIQ • The biggest mistake for a band (or a person) would be trying to copy somebody else, even if you're inspired by other artists.
HONEYMOON COWBOYS • Eurorock was our first gig and we were very satisfied with the result, also with the reactions of the public.
NO MORE • We still have that D.I.Y. and the “You say this is impossible - ok, let's try it” - attitude.
THE ARCH • In all those years we had lots of good times when we played gigs all over Europe.
WHITE COAL ADDICTION • Despite the fact that I'm totally fascinated by death, we’re always ready for a good laugh.
KINEX KINEX • Inviting all the ancient gods to a Christmas party.