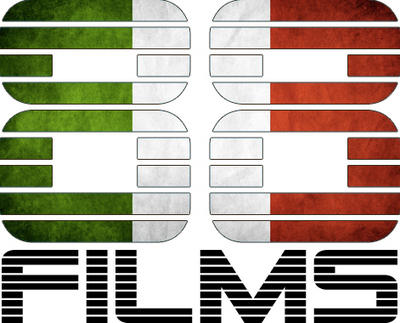 Celebrate the launch of 88 ITALIAN

Celebrate the launch of 88 ITALIAN - Dedicated to the Bloody Best in Pasta Paura!!

One of the most fondly remembered eras in fright-film history is the golden age of Italian gore – a prolific period that brought such directors as Dario Argento, Lamberto Bava and Lucio Fulci to international attention and acclaim. Spawning all number of surreal sub-genres, including black-gloved killer-thrillers and stomach-churning cannibal adventures, this is a time that continues to crib a fresh generation of fascinated fans.

As such, 88 ITALIAN is proud to bring ZOMBI HOLOCAUST (1980) and BURIAL GROUND (1981) to BluRay - a pair of plasma-packed pot-boilers that could only have been dreamt up during the bygone boom in Euro-terror eccentricity.

In BURIAL GROUND, the carcass-crunching action comes thick and fast as veteran director Andrea Bianchi (STRIP NUDE FOR YOUR KILLER) evokes the sinister spirit of Lucio Fulci and George Romero. Also known as THE ZOMBIE DEAD, Bianchi’s bout of bloodstained brilliance has a pack of ghoulish predators entrap some ridiculously ill-prepared locals in a moody, malevolent mansion. Suffice to say, a mammoth amount of meat-munching mayhem ensues. Adding to the onscreen unease, BURIAL GROUND stacks its story with a series of sicko special effects – courtesy of the legendary gross-out expert Gino De Rossi (CITY OF THE LIVING DEAD/ THE HOUSE BY THE CEMETERY/ PIRANHA II).

ZOMBI HOLOCAUST (yes, that is the correct spelling), meanwhile, has Ian McCulloch (CONTAMINATION) arrive on a Caribbean island full of arisen, innards-hungry, undead denizens. Adding to his anguish is a tribe of peckish cannibals – and, rest assured, they have still not learned how to cook their dinner properly… or picked up any table manners! Also known as DOCTOR BUTCHER MD, and expertly directed by the late Marino Girolami, ZOMBI HOLOCAUST transplants two of Rome’s finest fright templates into one entrails laden entity. As the title suggests, this legendary grindhouse gem is a mix of CANNIBAL HOLOCAUST and ZOMBIE FLESH EATERS – offering the primitive barbeques of the former flick with the more supernatural suspense of the latter frightener.

States 88 Films, Richard Elliot: “We are proud to debut ZOMBI HOLOCAUST and BURIAL GROUND on BluRay in the UK. Originally both titles had been acquired by our friends at Exposure Cinema, who have recently released a limited Blu-ray edition of Michele Soavi’s classic ‘80s slasher, STAGEFRIGHT. In the end, we decided to collaborate on bringing both films to British shelves under the new 88 ITALIAN label – and we have to thank Exposure for assisting us in making this possible. We are all very excited about 88 ITALIAN and the potential for future releases under this banner.”

Whilst special features for both movies are still in progress, we can reveal that ZOMBI HOLOCAUST will come with a brand new feature documentary from High Rising Productions entitled EATEN ALIVE: THE RISE AND FALL OF THE ITALIAN CANNIBAL FILM. Tracing the genesis of this controversial genre from its early days with Umberto Lenzi’s trendsetting MAN FROM DEEP RIVER through to the acknowledged heavy-hitters such as CANNIBAL FEROX – this extravagant expose features exclusive interviews with a number of familiar faces from the epoch’s horrific heyday. Speaking about the lacerating legacy that led to ZOMBI HOLOCAUST and Eli Roth’s forthcoming THE GREEN INFERNO are Ruggero Deodato (CANNIBAL HOLOCAUST), Umberto Lenzi (CANNIBAL FEROX), Sergio Martino (PRISONER OF THE CANNIBAL GOD), actress Me Me Lai (LAST CANNIBAL WORLD) and actor Robert Kerman (EATEN ALIVE). Adding some further insight are the respected critic Kim Newman (NIGHTMARE MOVIES), author and academic Mikel Koven (LA DOLCE MORTE), indigenous filmmaker and genre historian Luigi Cozzi (STARCRASH) and many more.

States Naomi Holwill, of High Rising Productions: “Having done FROM ROMERO TO ROME: THE RISE AND FALL OF THE ITALIAN ZOMBIE FILM, which appeared on Arrow Video’s ZOMBIE FLESH EATERS, and more recently YELLOW FEVER: THE RISE AND FALL OF THE GIALLO for Synapse in the USA and their BluRay of TENEBRAE, it is great to be able to complete our trilogy. Each of these three documentaries provides a look at celebrated trends in Italian horror film history. We are positive that EATEN ALIVE: THE RISE AND FALL OF THE ITALIAN CANNIBAL FILM will not disappoint. In fact, given the controversial nature of the cannibal movies, we may well have saved the most revealing feature for last.”

Adds James Blower: “ZOMBI HOLOCAUST and BURIAL GROUND are going to be fantastic editions and we are proud of the new 88 ITALIAN range and excited for the future. Our thanks go out to Exposure Cinema, for assisting in this great launch, and Calum and Naomi at High Rising Productions.”

88 Films, named in homage to the Back to the Future franchise, was launched in 2012 and has become one of Britain’s leading boutique labels – dedicated to the loving presentation and restoration of both classic and marginal genre movies. Choice cuts from the 88 Films’ vaults include HD releases of several features from Charles Band’s Full Moon Entertainment including the Puppet Master and Subspecies series, Stuart Gordon’s crimson-caked creature feature Castle Freak (1995), Demonic Toys (1992) and the pint-sized superhero thriller Dollman (1991). In 2014, 88 Films debuted an uncut print of Alfred Sole’s masterpiece Alice Sweet Alice (1976), unleashed the controversial killer-kids chiller Bloody Birthday (1981) and gave a long-awaited UK BluRay bow to Maniac star Joe Spinell’s frequently misunderstood postmodern coup d'état The Last Horror Film (1982). Along with offerings from Ted V. Mikels (The Corpse Grinders/ The Doll Squad), the Sherilyn Fenn-starring softcore romance Two Moon Junction (1988) and the 42nd Street staple Bloodsucking Freaks (1976), 88 Films continues to bring an eclectic mix of movies to the UK home video market. The very first 88 Films’ BluRay steelbook also made an appearance this year thanks to a wonderfully presented pressing of the Troma terror-trademark The Toxic Avenger (1984), which has become the company’s best selling release to date. Forthcoming fright-flicks from 88 Films include the Sam Raimi-produced zombie nightmare The Dead Next Door (1989), directed by J.R. Bookwalter, all three sequels to The Toxic Avenger and some more stuff we would love to tell you about but, if we did, we just might have to kill you… (Note: if you have read this far expect a power tool to come into play!)