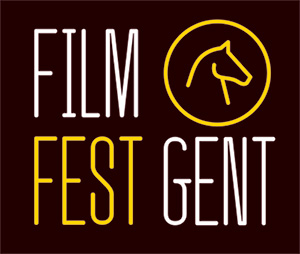 Young international film music talent will have the chance to win the highly sought after SABAM Award For Best Young International Composer. This award was created by the World Soundtrack Academy and is worth €2,500 plus the compositions of the three finalists will be performed by Brussels Philharmonic and Flemish Radio Choir, conducted by maestro Dirk Brossé, during the 15th World Soundtrack Awards, also known as the official closing ceremony of the 42nd Film Fest Gent.

Film Fest Gent and the WSAwards offer young talent the chance to win renown as a film music composer. Candidates can follow in the footsteps of last year’s winner, Cyril Molesti and countless other composers who attended previous editions of the festival, such as Angelo Badalamenti, Dario Marianelli, Gustavo Santaolalla, Hans Zimmer, John Powell, Maurice Jarre, Howard Shore, Alberto Iglesias, Elliot Goldenthal and others. This will be the first year that the contest is launched internationally!

The three finalists will be invited at a fantastic three- day visit in Ghent where they will have the opportunity to meet with international film music professionals. Candidates must be under 36 and will be asked to compose music for an excerpt out of Carol Reed’s ‘The Third Man’ with reference to Film Fest Gent’s focus on British Cinema this year.

Registrations will be accepted via this link until 10 July 2015. The composition must be submitted by 10 August 2015. The rules for the composition contest can be found here. A jury composed out of international film and music professionals will select the final compositions.

Brussels Philharmonic & Flemish Radio Choir, conducted by maestro Dirk Brossé, will perform the compositions at the 15th World Soundtrack Awards Ceremony & Concert on October 24th at ‘t Kuipke in Ghent. Afterwards, the winner of the contest will be announced.