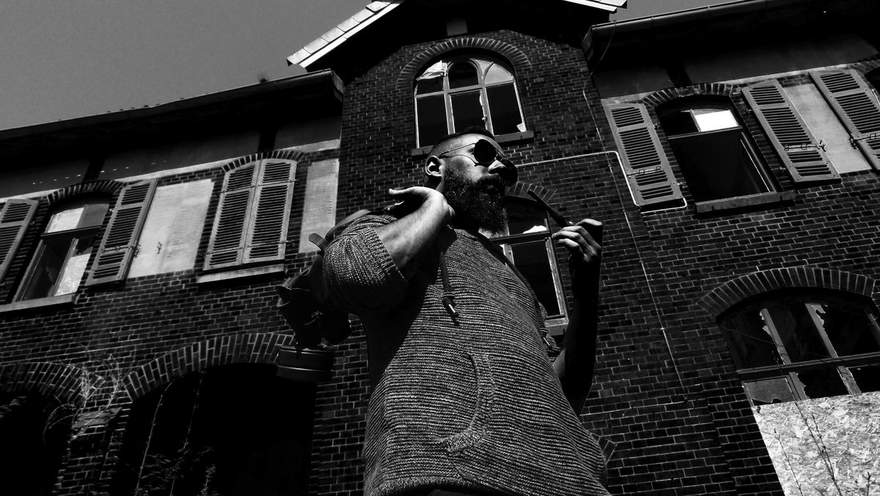 It’s the 26th year, after the New Russian Empire put an end to World War III, when nuclear bombs rained down on North America, burning down the biggest cities in the West and the South. It's the 26th year after the Imperial forces raised their flags, took away the identity and hopes of a free country, and forced Orwell’s nightmare upon the last survivors.

Now, we’re living in New Moscow; a city guarded by cyborgs and fanatics who believe Stalin is still alive and kicking. Many of us have been exiled to Old Manhattan where we are left to fight for space and food. Even worse is that our children have been taken away to be raised as the workforce to produce cruel war machines.

“New Moscow Underground” is a story told through songwriting (“Dear Cyborg”), edgy industrial tracks (“This Is Our City,” “h4CX”), and also calm and thought-provoking songs (“Mazerunner,” “Blossom”). If you allow it, the mixture of brutal and aggressive tracks with sad, yet hopeful pieces will create a soundtrack that transports you into the world as a cyborg or a rebel yourself, thus pulling your mind directly into the action of New Moscow.

"...a fantastic and powerful romp through electro-industrial, IDM, ambient, and cinematic sounds. It's harsh, it's calming, it's panicked, it's destructive, but most of all it is easily one of the better listening experiences I've had this month."

"(Glitches) shows both his ability to create atmospheric soundscapes with stomping dance beats, as well as, appropriately, glitch-inspired tracks. Musically, there is a lot going on in these songs – lots of quality synth sounds, interesting percussion, and excellent accents without ever becoming too much or becoming cluttered."

NEON INSECT is an alias of the German industrial musician, visual artist and audio engineer Nils Sinatsch. He was born in 1987, on 30th January in The Hague (Netherlands). As a young child, Sinatsch received lessons in playing the trumpet and French horn. He played in several orchestras before he started composing industrial music at the age of 17 in 2004.

In 2006, he signed his first record deal at Koi Records, as a member of the Industrial project Eternal Nightmare. He released three LPs and several smaller releases since then, as well as remixes for European dark electro pioneers such as Leaether Strip (“Japanese Bodies”) and The Eternal Afflict (“San Diego”).

Throughout his career, Nils Sinatsch played many concerts within the Gothic subculture, before he started to pursue a career as a freelance composer for radio plays and video games in 2012.

In 2015 he was hired by indie game developer W3 Studios to compose the soundtrack for their game “Abatron." He left the studio in September 2017 after completion of the soundtrack.

With Glitches (2018) Nils Sinatsch released a mainly electronic album including several collaborations, featuring vocals by Claus Larsen (Leaether Strip), Twill Distilled and himself, as well as a remix by talented French producer Enlia.

On 30th August 2019 a new concept album New Moscow Underground will be released on cassette and digital formats. Thanks to a new licensing deal with New Dark Ages, Neon Insect will see its first CD release (ltd. 100) for New Moscow Underground. “Fist, Hit, Cracking Bones” is the first single taken from this album.