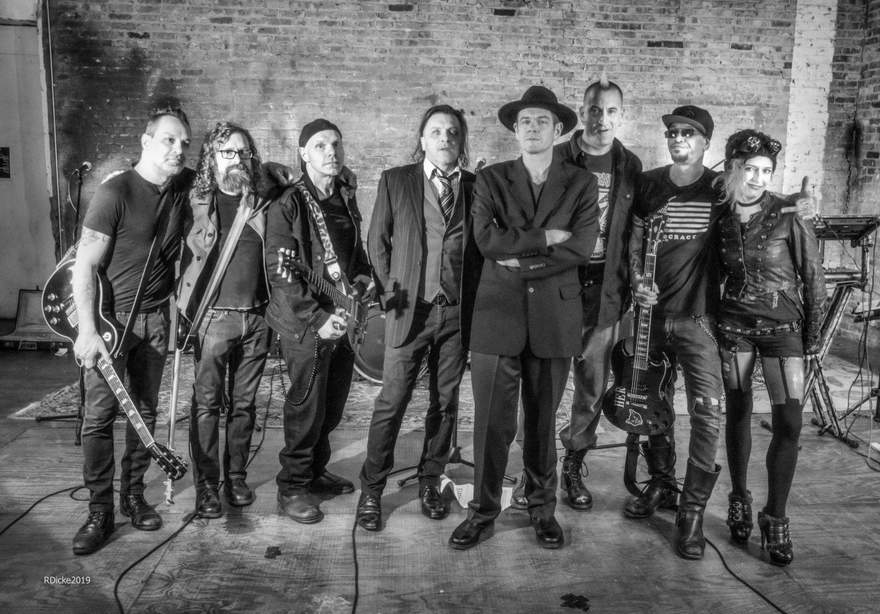 MINISTRY’S CHRIS CONNELLY FEATURES ON THE BAND’S DEBUT RELEASE, DUE OUT ON 28 JUNE 2019.

Chicago-based Industrial Rock supergroup The Joy Thieves have joined forces with the UK’s leading alternative label Armalyte Industries and will be releasing their ‘This Will Kill That’ debut on 28 June 2019.

Commenting on the newest addition to the Armalyte roster, the label’s head of A&R, Giles Moorhouse, explains; “To us, it feels as though The Joy Thieves transcend the traditional notion of what a “supergroup” can be. Rather than a potential car-crash of colliding agendas and egos, The Joy Thieves sound like a finely-honed collective with the singular purpose of kicking your arse whilst lodging themselves firmly in your brain. ‘This Will Kill That’ is just the beginning, and we’re massively excited to unleash their spectacular debut on the world.”

‘This Will Kill That’ Tracklist:

2. This Will Kill That

“I wanted to do something big. When I saw how tall Dan (Milligan) is, I knew it was the right project for me. Also I hate Joy.” – Marcus Eliopulos

“When Dan asked me if I wanted to be a part of The Joy Thieves, my first visceral reaction was ‘Absolutely not. No way in Hell.” To this day I stand by that statement. It was horrible working with him and Matt Clark this first time around, and I cannot wait to repeat that miserable experience.” – Howie Beno

“Dan and Matt (Clark) had apparently been stalking me in my early days, while I was involved in various groups that they thought were really amazing – Machines Of Loving Grace, Stabbing Westward, Two Jacks and a Jill, and Pigface. Many have said this. Good people. Dan and Matt thought some of these bands were probably the best bands ever. Many people think this, important people in the industry. So Matt bribed me to do a “session” at his “studio”, in “Austin, Texas”, which was really just a ploy to get me to track something for Dan, while I was there anyways. And then we fell in love.” – Dave Suycott