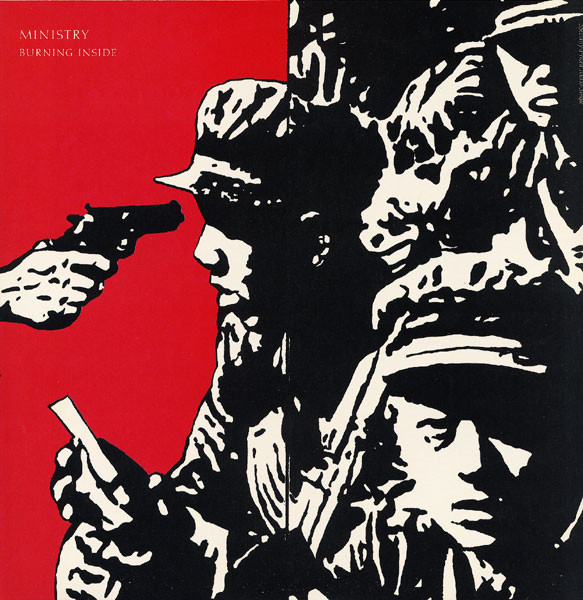 Burning Inside (12”) was released on 7th November 1989, as the sole single from the band's 1989 album The Mind Is a Terrible Thing to Taste. The song is featured in the intro movie of the video game Scarface: The World Is Yours.

A video for the song was released in late 1989 and became a hit on MTV's 120 Minutes. The video features the band's live show with the infamous steel fence used on the 1989-1990 tour and later a live version of the song featured on In Case You Didn't Feel Like Showing Up. Also shown in the video are a chaotic audience, a few people on fire and the band performing onstage.

In 1993 all tracks from the original 12” were re-released as part of the 3 x CD single compilation ‘Box’.

Will these dreams still follow me
Out of dark obscurity?
Can't you see it up in the sky
As it kicks you in the face and lets you die
You never have the answers
And now you tell me the facts of life
I really couldn't be bothered with you
Get out of my face and watch me die

Absolution and a frozen room
Are dreams of men below
I try to grab it but the touch is hot
The mirrors collapses, but the image can not
I'm scared of darkness in a light
I scare myself cause I know I'm right
I see the evil in your savage eye
As it cuts right through the sky

Calling the mantra with a blade in the skin
For the demons within
I feel the pain is the death and decay
But the lesson never fades away
Too little shadows, turn away
Another man through the window pane
Another slave and a victim of fate
Another lesson in hate