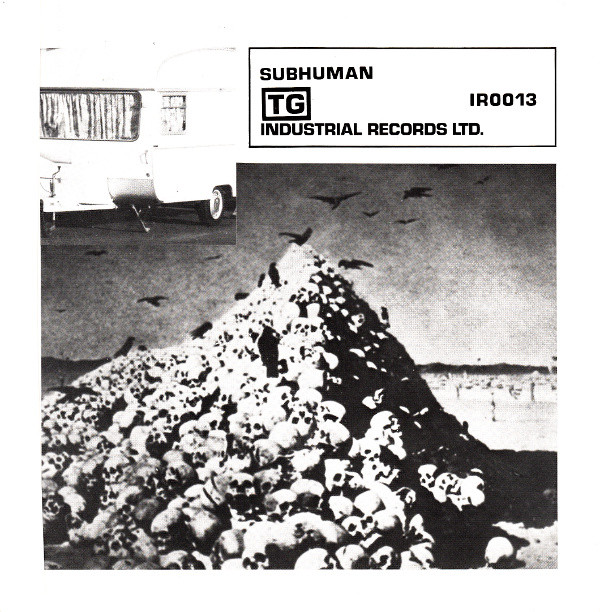 40 years of Subhuman and Adrenalin by Throbbing Gristle! On this day, 0 ago (23 October 1980), UK industrial music pioneers Throbbing Gristle released simultaneously two 7” singles, Adrenalin/Distant Dreams (Part Two) and Subhuman/Something Came Over Me. They were both Sold in camouflage printed plastic bags.

‘Adrenalin’ and‘ Distant Dreams' might well be some of Throbbing Gristle's more accessible songs but still features weird tape loops and odd lyrics by Genesis P. Orridge’. So in the musical context of 1980, these songs was still a long way off from mainstream music.