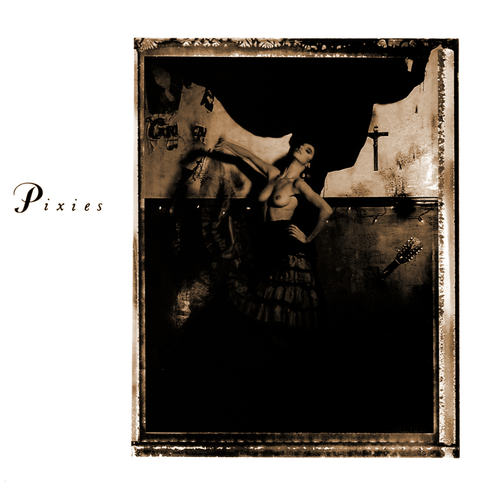 This day 32 years ago, The Pixies released their debut long-player, the sublime Surfer Rosa. The very beginning of the postmodernist, alternative rock movement started with the kick drum of ‘Bone Machine’. A deep-drenched surrealistic track of singalong pre-grunge, with former member Kim Deal echoing the direct screamed vocal of Black Francis.

A brutal mix followed with themes from voyeurism to mutilation, all wrapped in sonic bursts of finely constructed melodies. The sound of Surfer Rosa is a cross of-surf-rock, punk, psychedelic-a mixed with torrential noise and the very twisted lyrics. It slapped in the face more taboos than the Velvet Underground. It is no wonder then that The Pixies were the band which would ignite the flames of Nirvana, Blur, Radiohead and The Strokes. They became the most influential band of the nineteen-eighties, in a very short space of time. And Surfer Rosa was where it started.

The magic of Steve Albini (Nirvana, PJ Harvey ) captures perfectly the raw-assault of The Pixies, whilst the song may be simple in construction, the abstract way in their creation makes them further complex.
This is the album which will remain a classic of the twentieth century, The Velvet Underground And Nico movement of modern times.