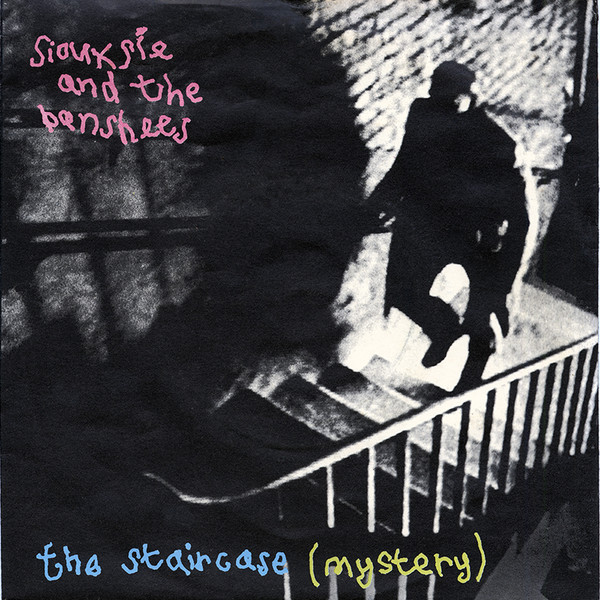 42 years of Staircase Mystery - Siouxsie And The Banshees release their second single!

Today 42 ago Siouxsie And The Banshees released ‘The Staircase (Mystery)’, it was the band's second single and was released as a stand-alone single on 23 March 1979 (Polydor Records). It also became the band’s second top 40 entry, peaking at number 24 on the UK Singles Chart.

The song was later added to the singles compilation album Once Upon a Time: The Singles. Also the remastered 2005 version of their debut album The Scream, contained this single as bonus material.

The acknowledged British music Melody Maker hailed the single upon its release and wrote: "The Banshees have been able to come up with a couple of slices of excellent music for their singles. 'The Staircase' hasn't anywhere near the commercial potential or immediacy of 'Hong Kong Garden', but nevertheless it's a great song. A sinister almost mesmerizing tune, dominated by Siouxsie's unorthodox vocals – it grows and matures with each play.

Siouxsie and the Banshees (1979 line-up)