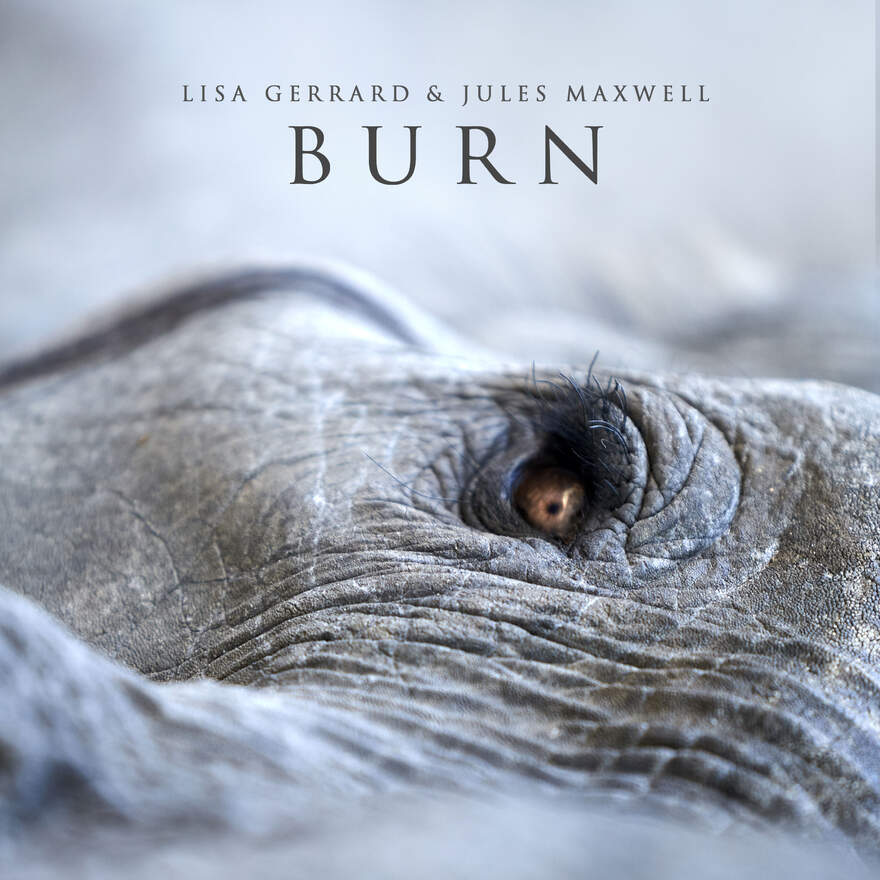 Lisa Gerrard and Jules Maxwell, best known for their work as part of the legendary band Dead Can Dance, present their studio album 'Burn'. Produced by James Chapman (MAPS), this long-play is being released via Atlantic Curve, a London-based label that is part of the Schubert Music Europe.
The record began its journey more than seven years ago, when Lisa met Irish theatre composer Jules Maxwell before working together for the first time. Things really took root when Gerrard and Maxwell began writing songs for their earlier collaboration 'The Mystery Of The Bulgarian Voices (Le Mystère des Voix Bulgares)'. They were later introduced to Chapman and asked him to produce this album, which represents a stunning departure for all three of them.
Jules Maxwell explains: "'Burn' was never planned to be an album. Like many joyous things in life, it grew slowly and unexpectedly. One song at a time. The seeds had been planted by Lisa and I whilst we were working on songs for another album, but didn't begin to flower until months, years later. Without Daryl Bamonte's tenacious encouragement and James Chapman's sonic vision it would not have come to fruition at all. Lisa Gerrard is in my opinion one of the most important singers of her generation and it continues to be an enormous privilege for me to be working with her. What we have created still makes the hairs on the back of my neck stand up from time to time. Listen to it in one go from beginning to end if you can."
Lisa Gerrard introduces this long-play "The album begins with 'Heleali', a meditation on the eternal rise and fall of the tides. It is a call to let go of the past and reflect on the elusive shadows of evaporation."
With Chapman joining the duo as producer, ideas generated freely and over time, a distinct sound for their work began to emerge. Their focus was to create something that was both euphoric and compelling; more inventive than what they had worked on separately in the past. From gentle beginnings, each track builds and intensifies, creating a hypnotic experience to listen to from start to finish. With Lisa remaining in Australia, Jules adding his keys and percussion from France, and James bringing new light to the sound from England, the three were literally worlds apart, but those worlds fused in this music.
"It was such a huge honour for me to work with Lisa and Jules in making this album, and I thoroughly enjoyed the whole process. My role was really to build on the ideas, and it was a pleasure to work with such rich and exciting material. I was very grateful to be given the freedom to explore the production, there was a real trust between everyone from the beginning, which made things very exciting for me. Having such freedom from the start enabled me to be more confident in the ideas, which in turn created more possibilities with the choices that were made. When I listen to the album now, I feel that freedom and excitement within each track," says James Chapman.
Sosna's video is among seven specially commissioned films to accompany the release of the album. The first of these, created by Polish director Jacob Chelkowski's video for the title track 'Noyalain (Burn)', proves more than a little provocative in these days of Covid, as it portrays the simple, traumatic act of touching.
Early March, Jules Maxwell also released his sophomore solo album 'Nocturnes' - the debut release for the newly-formed Archangelo Recordings. This beautifully melancholic collection of instrumental pieces was written and recorded over the past four years, much of it in collaboration with the acclaimed UK-based Vincent Dance Theatre.