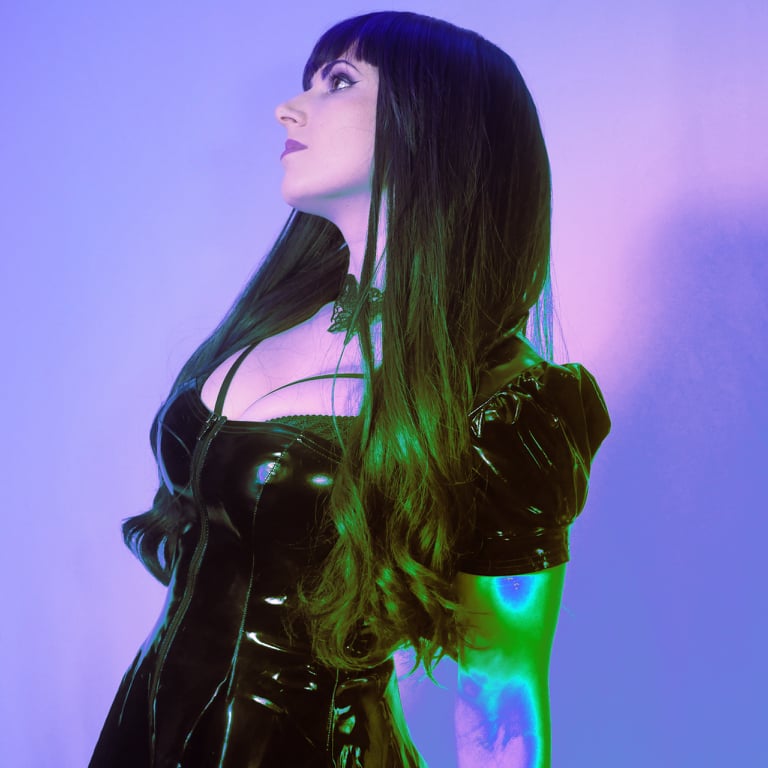 About the song: "Machine" is the first look at EVA X's upcoming album I Dream Of A Reality. EVA X has the following to say about the song and its story:

"I have a complicated relationship with my body. I do love it, but sometimes I wish it was different. I wrote "Machine" in a vulnerable spot, when I'd have given anything to feel beautiful like other women on social media. Chasing that aesthetic with injections and makeup was powerful, but also scary- I could create the face and body I wanted, but what would happen when it wore off?

I took all of these tangled feelings and poured them into "Machine". When I brought the demo to my co-producers, Shane and Adam immediately jumped on it, bringing it to life with a frenetic energy that captured perfectly how alluring and isolating that illusion can be.

In the music video, I wanted to explore what being beautiful in the alternative community looks and feels like, and how far we go for aesthetics. I taught myself choreography to capture the movement I wanted. Erik and I designed a video that captured both the sexiness I wanted and the reality of cutting and injecting ourselves for it."

For Fans Of: GRIMES, AYRIA, POPPY