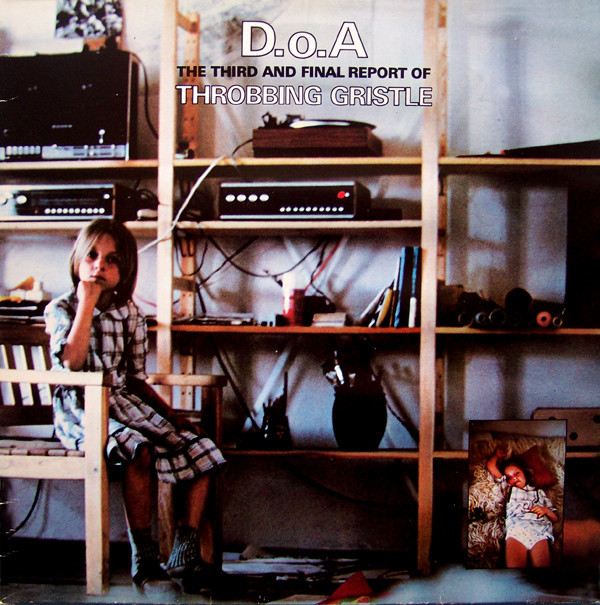 44 years ago, on the 4th of December 1978 Industrial music pioneers Throbbing Gristle released their second studio album D.o.A: The Third and Final Report on their own label Industrial Records. Although, like the previous album The Second Annual Report, this album is also a mixture of recorded live and studio material, albeit more stylisticly varied.

From the first pressing of 3000 copies, the first 1000 mail-order copies came with a wall calendar featuring a little girl sitting on a bed (IR0004). In 1979 there was a reprint of another 1000 copies that were recut in such a way that it looked as if the album seemed to have 8 tracks of equal length on side one and 7 tracks of equal length, plus a very short eighth track, on side two. But patterns that appear in the groove do not match the actual song beginnings and endings so it was nicknamed ‘The DJ Confusion edition”. However it’s has been called 'Structuralist Spirals' edition in TG's official discography.

Another striking example of TG's contrarianism and anti-commercial attitude is that they put their first, and also one of their most accessible and successful singles, “United” on this album... but applied fast forward making the song last barely 16 seconds.

Nevertheless, the overall reception was positive and the album got from 3 to 4 star ratings by most renowned music magazines like, for instance, All Music and even a 9.5/10 score from Pitchfork Magazine. The album was also included in the book 1001 Albums You Must Hear Before You Die.