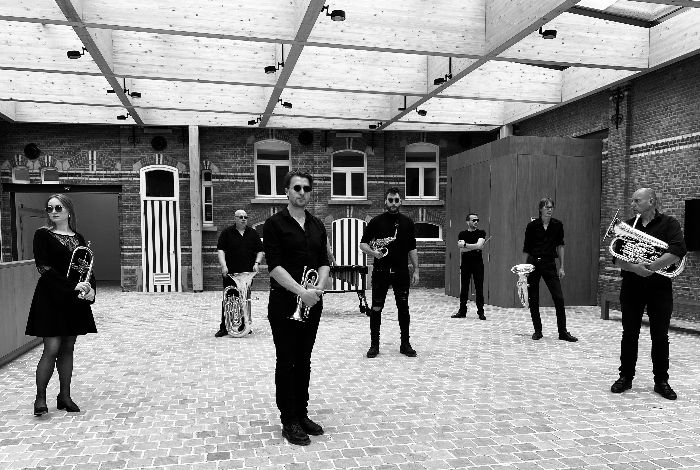 Neo-Fanfare/Darkwave Band, Crooniek Reflects On The Concept Of Time With New Album

Darkwave/'Neo-Fanfare" Band, Crooniek has just unveiled their new full-length release, Trail Of Time. Thematically, this album reflects on the concept of time. In particular, the inspiration for Trail Of Time is the conflict between the known past and the unwritten future. The future remains hidden and we do not yet know it. But we do know the past.

This album is a nostalgic journey through the past of driving force Gerry Croon, his musical projects ('Parade of the 'Funeral Fanfare') and his relationship with his own birthplace Kampenhout, a small village in Belgium, known for his chicory cultivation.

After all, at a certain age, you realize that time is running out and, without realizing it and you ask yourself, "did I do it right ?" "Could I do better or would I do it differently now?" You realize that you have lost friends & acquaintances along the way, because your life path is going in a different direction.

Although this continues to gnaw, you have to accept this. While in the past, time seems to move slowly, humanity now appears to be driving the world into destruction in an express train.

Several partnerships and new inspiration have resulted in the album, Trail Of Time. It contains brand new songs together with new versions of older material. Neo-classical and neo-fanfare styles are combined with a whiff of gothic/ambient.

Trail Of Time is available on CD and digital formats NOW!