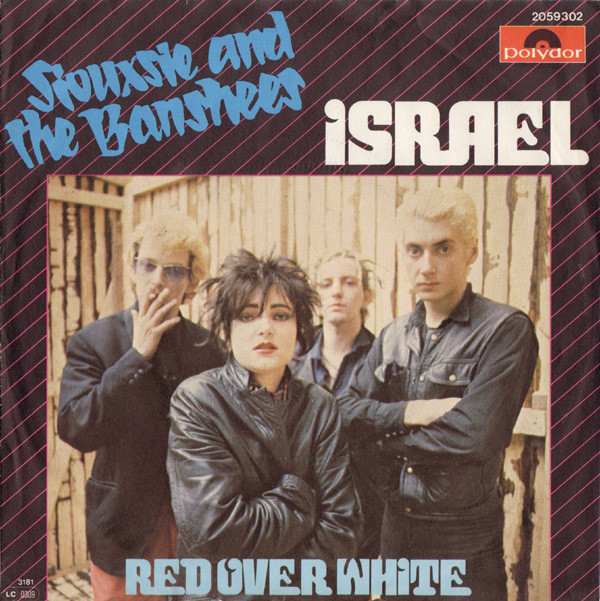 Today it's exactly 42 years since Siouxsie and the Banshees, released their Christmas single 'Israel'!

Today it's exactly 42 years since Siouxsie and the Banshees released 'Israel' (28.11.1980 / Polydor Records) as a stand-alone single in between the albums Kaleidoscope (1980) and Juju (1981). The track was written by the band while touring in Europe in the autumn of 1980. The band wanted to write a Christmas song to be released in time for December of that year.

It peaked at No. 41 on the UK Singles Chart and it was the band's first single to also be released on a 12-inch, although the tracks are identical on both releases.

Even though it reached No. 73 on the US National Disco Action Top 100 chart as an import, 'Israel' did not appear on a Siouxsie and the Banshees album until the release of the Once Upon a Time: The Singles compilation (1981).

In 2002 the song was remastered for the The Best of Siouxsie and the Banshees compilation CD album and in 2006 it was also featured as a bonus track on the Kaleidoscope reissue.

A. Israel
B. Red Over White

Shattered fragments of the past
Meet in veins on the stained glass
Like the lifeline in your palm
Red and green reflects the scene
Of a long forgotten dream
There were princes and there were kings
Now hidden in disguise, cheap wrappings of lies
Keep your hearts alive with a song from inside
Even though we're all alone
We are never on our own when we're singing, singing

Home, home
There's a man who's looking in
And he smiles a toothless grin
Because he's singing, singing
See some people shine with glee
But their song is jealousy
Their hate is clanging, maddening

In Israel, will they sing Happy Noel