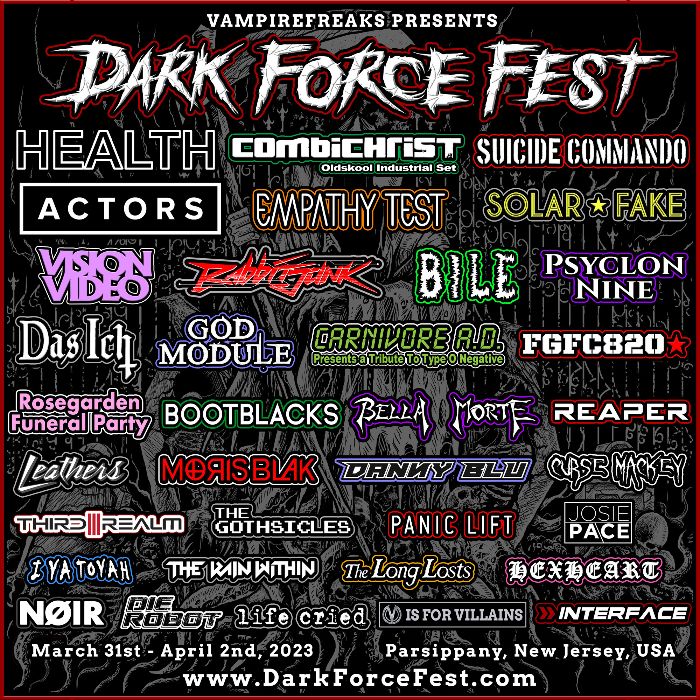 VampireFreaks, the team that brought you the Triton Festival and Dark Side of the Con, proudly present a brand new event called Dark Force Fest; a festival gathering featuring an explosive lineup of the most beloved international bands along with the newest trending artists from Gothic, Industrial, Darkwave and Post-Punk scenes.

Dark Force Fest takes place in Parsippany, NJ (one hour from NYC), at the massive Sheraton Parsippany, an imposing castle styled hotel that features 44,000 square feet of event space with 370 hotel rooms. While the hotel rooms in the main venue sold out within days of announcing this festival, there are still overflow hotels in the surrounding area.