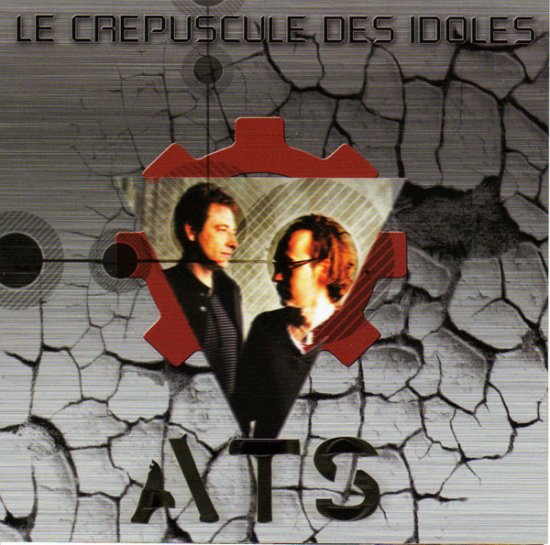 A Thousand Societies is a French ebm band that exists since the beginning of the 90's. They had a few demo tapes, went completely onderground after that and after about fifteen years they proudly present their first album. They managed to get Len Lemeire for the production, who is well known for his work with both Implant and 32Crash.

Just like in Germany and Scandinavia, there seems to be a revival of old school ebm in France. Some time ago Void Kampf made a very good ebm album with all the right DIY principles.

But with this one it's not all earsplitting ebm, Action P4 finds itself somewhere between martial and synthpop and with the french lyrics is sounds a lot like Dernière Volonté's latest album, Immortel. Inspired lyrics by the way (Euthanasie/Etat Nazi). Le Crépuscule Des Idoles has an experimental side to it. The real DIY ebm is on it's way though, Keep Rockin and LSD are somewhat cheesy ebm anthems that could have been done better.

Fly With Me even goes to the harsh electro direction like Komor Kommando. Stop Again is very efficient with psychotic rhythms and powerful multiple voices that will urge everyone to the dancefloor. The vocoder effects remind me of Aiboforcen.

EBM! If the previous song didn't invite you to stand up en move your body, this ebm anthem guarantees succes. The lyrics are predictable but really catchy. (We dance to survive, let's get moving EBM! Let's get swinging EBM! Listen to the pulse EBM! A thousand BPM! A thousand societies in your fucking face!) Erreur Fatale is another cracking ebm killer track!

Another great thing about this band is that they switch between languages (Licht Im Licht) so plenty of variation in lyrics. Something we also heard from the fantastic debut album of Mekanik Disorder. Maybe the lyrics of that one were slightly better but the relentless beats make this a more energetic album than Mekanik Disorder.

I wouldn't call it better then Mekanik Disorder, their album is a bit more cohesive and the first few ebm songs on this one sound a bit too theatrical to me. But after a while you just can't ignore the energy that these guys will wake up inside you. The supertight production is another highlight. I wonder what other gems the ebm world has up it's sleeve...

Next reviews
SECTION 25 • Invicta EP
DICEPEOPLE • It Gets Darker
AUTODAFEH • Act of faith
THE OPEN UP AND BLEEDS • An act of love and violence
HECQ • Avenger
MASCHINENFEST 2K11 • Or how to destroy your senses in a few days time...
SYNAPSCAPE • Traits
ZARTBITTER 16 • Richtung Zukunft
MODERN ART • Circuit Lights 1982-1986
DEZ MONA • Saga