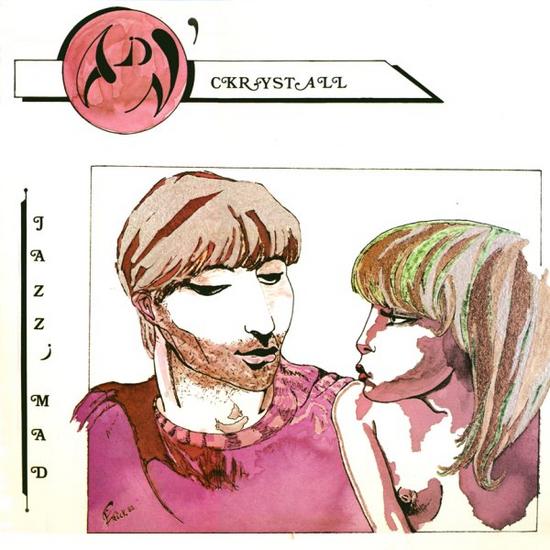 Érick Moncollin hails from Toulouse and is the sole member of AND’ Ckrystall. This CD is a reissue of the 1982 6 track LP on CD for the first time. There are also six bonus tracks. These include the 1984 “In-Edit” single with Deutsch Napalm (the bands biggest hit), a live track and a few remixes of Cocaina Vitamina the best known track from the original LP.

A quick look on Discogs shows this is the fourth reissue since 2005 leading one to ask why?

Don’t get me wrong, I like a couple of the tracks here. They are interesting Synth Pop and Minimal Wave and Érick has a nice voice.

However others are nearly 10 minute long Prog Rock style keyboard solo’s! These might have been cutting edge in 1982, but it’s 2015 and life is too short for 10 minute solos. The remixes also left me reaching for the remote.

Next reviews
RESTBRIGADE • Thanks a Lot (EP)
HAPPYNESS • It's On
JEFF BAENA • Life After Beth
TYING TIFFANY • Ten Albums That Changed My Life
P.I.L. • What The World Needs Now
RAYMOND DE FELITTA • Rob The Mob
FLESH WORLD • The Wild Animals in my Life
MINIMAL COMPACT • The Figure one Cuts
BILL AND MURRAY • A New Kind Of High
IT'S A SYNTH • Curiosity