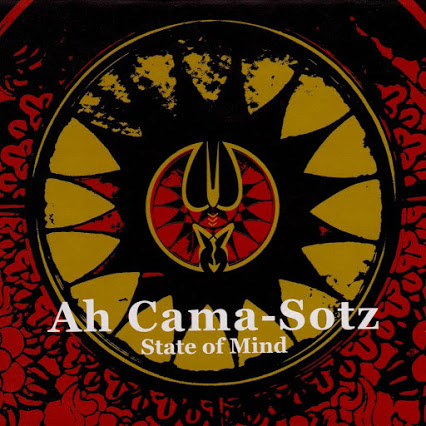 Ah-Cama-Sotz takes us with his new release ‘State Of Mind’ on a journey to the Orient and the Middle East, into other dimensions of musical art and dance. This project of the Antwerp based Herman Klapholz covers some fantastic ethnic music, combined with electro tracks and dark ambient tunes.

They are followed by some great ethnic percussive songs, oriental and eastern instruments sampled an mixed with downbeat, even trip hop sounds. Most songs have really a solid foundation of black ambience and disturbing electronics. Dreams and moods change from song to song, so this album never is boring and makes you travel into Herman’s ‘state of mind’.

The titletrack 'State Of Mind', sounds as a storytelling soundtrack of a scary fantasy movie, there is really a lot going on, and each time you listen, there is a new sound to discover. Personal favorite on this album is ‘Hotel Odessa’, the usual ambient connection, but with some great proto techno sounds added.

Herman proves again he has his own style in dark mood music, his project is very versatile with all these unusual exotic influences. And I am quite euphoric about this release, I know there’s still a long way to go in 2015 and a lot of releases will follow, but this album will certainly be very high in my personal top 10.

And it makes me susceptible to pain...

Room with a view