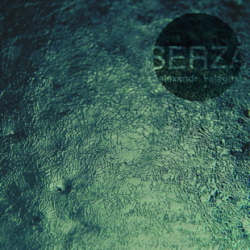 Fans from experimental electronics might have heard from the Ukrainian musician Alexandr Vagatin who is currently living in Austria as he’s not only involved in well-known post-rockacts such as Tupolev and Port-Royal, but he’s also the founder of Valeot Records.

To celebrate the 5th anniversary the artist who worked with artists such as Steven Hess, Philippe petit or Stefan Nemeth is now releasing his third solo album Serza. Alexandr himself describes the sound as the combination of the analogue and tender atmosphere of Valeot  with the harsh, yet subtle digital electronics of "Shards". You want some explanation?

Well, even if I’m not quite able to describe the beauty of this minimal music, but the (short) opening track Elisa tells everything what’s this record is all about. It are drones, it’s experimental (but still accessible) and it’s a wonderful experience for the ears. The more you hear it, the more those different pieces fall together into one creation. I probably will be killed one day for comparing all the ambient-albums to Brian Eno but then again he’s the founder of this genre and is there something better than being compared to him?

I honestly have no idea if Alexandr made music for airports or whatever, but I just know that I got touched by it. Serza offers you 70 minutes of music that is made for one purpose: for using your ears that is.