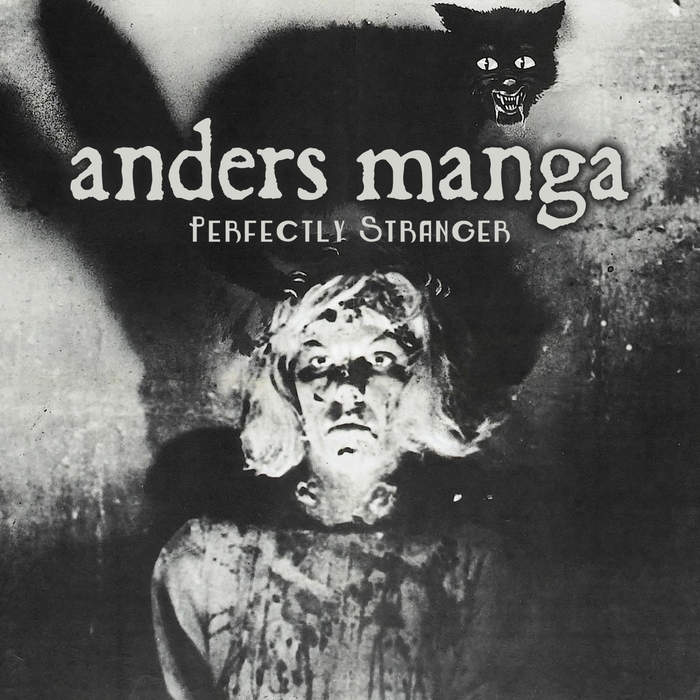 Anders Manga is a US based darkwave project, who released his more well known work under the name “Bloody Hammers”. In 2012, Anders' song "Glamour" was featured in Season 4 of 'The Vampire Diaries', a popular American TV show and was nominated the best band by the readers of Gothic Music magazine in 2006. "Perfectly Stranger" was released in January 2018.

The style of Anders can be described as melodic darkwave. The tunes are dark and persistent yet atmospheric and catchy. The lighter synths stay in contrast with darker vocals and bass part. The lyrics are about about shadows, illusions, emotions... our darker selves and the darker part of the humanity in general. The back vocals are smartly placed.

The music in general is not very classical darkwave but is a bit spiced with rock within itself, leaving the aftertaste of bands like Black Sabbath or Alice Cooper. There is a little epic touch, found in another retro goth rock projects (like Whispering Colors etc.)

I love the epic title song of the album “Perfectly Stranger” the crystal clear synthwave synths stay in contrast with darker bass part of the track. It can be compared with the other song from the album (my favourite as well) - "Almost Human". “The Warning” has an interesting medieval electro touch, similar to Deine Lakaien. "The Beast is Coming Out" represents a darker part of the album.

When to listen to it?

When you walk back home in the dusk.

Catchy melodic darkwave release with a bit of American touch (especially the vocal part of it).