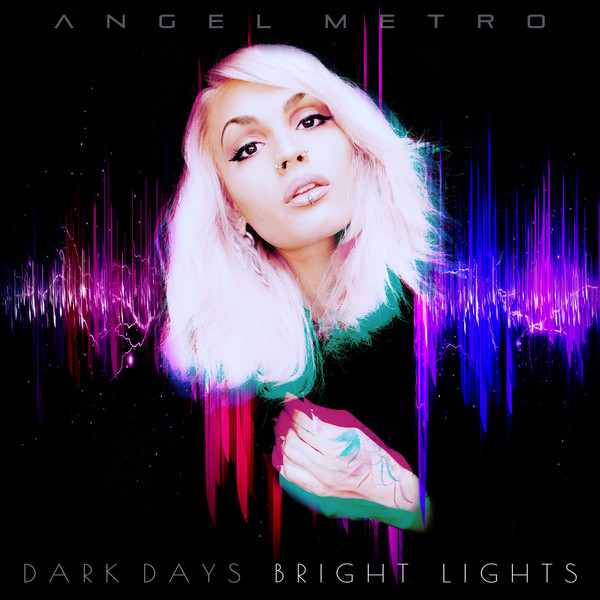 While, some albums seem contrived, for the purpose of some superficial aesthetic, this is real and has nothing to hide. “Intro” starts with minimalist beats and a soft orchestral background. Random voice samples screech quietly from the distance, seeming asking unanswerable questions over spooky, smoke-laden synths. The aural aesthetic evokes impending horror, as if being stalked by a spectral incarnation of Skinny Puppy. It’s an auspicious beginning. “Stranger Times,” however, takes in the pop direction. The vocals are lovely and easily compensate for straightforward sequencing. The production was right to emphasize Angel’s instrument because of how she expresses the confusion and pain in the lyrics. “Let It Go” then continues the understated, but completely genuine vibe. “Stand by” seems as if it will add a touch of depth that the album seems to have been building towards. But the beat eschews deeper and more resonant tones, staying muffled, as if it’s hiding behind a curtain, hoping no one will notice it. The melody track is nice but too far to the forefront. The song inhabits a region between minimal synthwave and straight up synthpop. Some will really enjoy that subtlety of sound and emotion. Others might ask for a bit more texture. The title track proves the point. Its bright lights shine, illuminating the dark days. Certainly, one could take that away as the message or theme of the whole of this artistic offering. Moving into “Stranger Times, Pt. 2,” it opens to intriguing orchestration and the sound of an engine, reviving the earlier, soft horror track before “Shadows” ramps up the BPMs. Indeed, at the hands of the right DJ, “Shadows” could fill a foggy dance floor. Ms. Metro even takes the reigns off of her vocal instrument and, in a welcome release, lets the emotionally infused lyrics run wild before the song comes to an end. Maybe this will someday be worked into a pulsating extended track to keep the journey going longer. Just as it seems as if “Changelings” might get monotonous, it takes a chromatic drop and injects some vital energy and texture. It’s a prelude to the most mature sounding track on the album, “Death of a Bride.” The mix on this track seems most on point of any of the songs on the album. Chord changes, orchestration, intermittent syncopated sequences make it a standout. The last song, “Process” is a lullaby of sorts, a finale to send the listeners off to find their own hope in the darkness, and companionship down all the roads that “we walk in this life.”