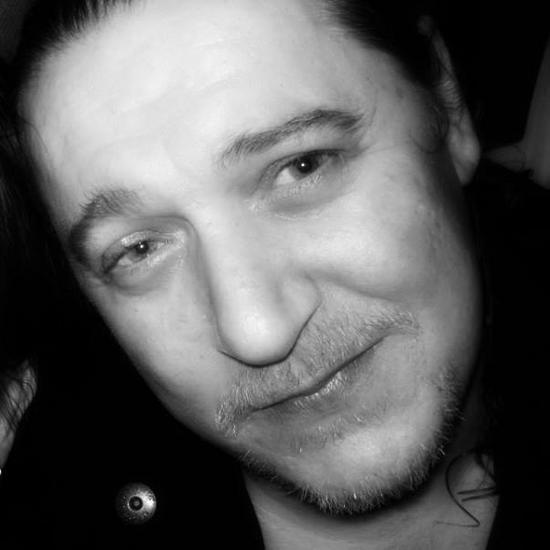 Berwyn Waddon is the man behind the Post punk band EXIT STRATEGY, that released a fine debut album (Crysella Records).

I had to think really long and hard about this as over the years I have listened to a lot of music as you can imagine. This is not a list of ten of my favorite albums as I think this would be a nigh on impossible task for me to do as my top ten would constantly change... This is a list of ten albums that have influenced me in someway or have had a lasting impact for me. So here they are in no particular order...

1) Machine Gun Etiquette - The Damned
I have chosen this simply because it was the first album that I bought out of my own money, I had saved my money to buy it. A truly classic great album.

2) Ju Ju - Siouxsie and the Banshees
Siouxsie and the Banshees was the first major band that I went to see live. There are quite a few of their early albums that I could have put in this list, but I think I may have listened to this one a little more than the others. John McGeoch's guitar playing is simply superb on this, dark, melodic and truly inspired.

3) Metal Box - P.I.L.
I was in two minds whether to say 'Metal Box' or 'First issue' as both albums were excellent, but I decided to settle on this one. Don't get me wrong, the Pistols were great, but Public Image was unique, there hadn't been anything that had remotely sounded like this album before it... Dub meets I dont know what... and to top it all off it came in a rather cool looking metal box, what more could you ask for.

4) Christ – The Album - Crass
Quite a few albums I could have chosen here, 'Stations of the crass', 'Feeding of the five thousand' etc., which are just as good, but the whole concept of this album was so clever, the artwork, the packaging (a black box with just the Crass logo on the front)... The lyrics really hit home on so many levels.

5) Fresh Fruit for Rotting Vegetables - Dead Kennedys
Debut albums surely don't get much better than this... DK had something to say, political, loud, noisey and fast. American Punk at it's best. For any people that thought Punk musicians couldn't play, they should really listen to this, East Bay Ray's guitar playing, I rest my case.

6) For Madmen only - UK decay
There was a time in my life when I played this album endlessly as I liked it so much.....A huge influence on Post-punk and to some extent Goth, though personally I've never thought of music in terms of genres, but just in terms of what I like or don't like. Again great guitar playing and so very different to everything else at the time.

7) In The Flat Field - Bauhaus
Another album that spent a considerable amount of time on my turn table, along with Mask (their second album), grunts, moans and groans and chainsaw guitars. In the flat field was a great album and Bauhaus was a superb live band.

8) Whats this for? - Killing Joke
A great selection to choose from here as they have had so many great albums to their credit, I suppose for most people their first album would be the one that they would pick for a list like this, because of tracks like 'Wardance', 'The wait' etc. But this album tops the first album for me as it was so different to everything else, Disco, Post-punk, Dub, this album had it all........Probably one of my favorite albums of all-time.

9) Sonic Mass - Amebix
Their best (in my opinion) and sadly their last album. This album divided opinions between die-hard fans of the band who wanted them to make another album like the mighty 'Monolith', but Sonic Mass showed how much the band had evolved in the hiatus between recording these albums... If I were to write a list of my favorite albums of all time, this record would certainly be somewhere at the top of it, everything about it just blew me away when I first heard it... Sadly they split after this abum, and one can only wonder how good the follow up would have been...

10) Westworld - Theatre of Hate
Sadly their first and only studio album, TOH were again very unique and different to everyone else at the time, thunderous drumming, stand-out pumping bass-lines and of course the amazing vocals of Kirk Brandon. Great stuff.

I've looked back through this list of albums and it reads like a certain period of my youth from the endings of Punk to Post-punk and the beginnings of Goth, with 'Sonic Mass - Amebix' being the only exception as it's a more recent album... There are loads of omissions in this list that I could have written, for instance I can't believe that there is no Bowie, no Iggy Pop, no Magazine, etc... If I were to write this again in a few hours time, I dare say that the list would be a completely different one.

Notice that Berwyn actually is recording the second album of Exit Strategy. (WG) 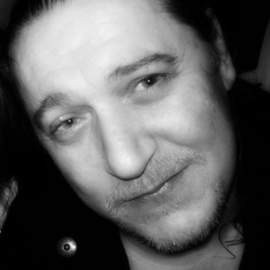 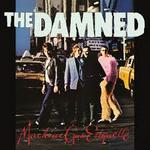 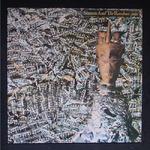 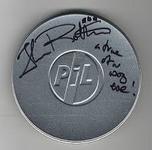 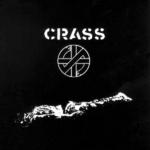 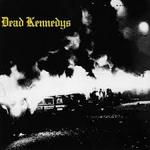 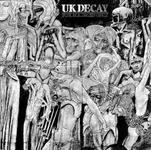 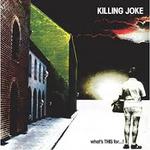 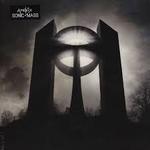 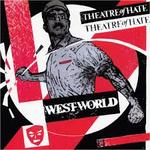