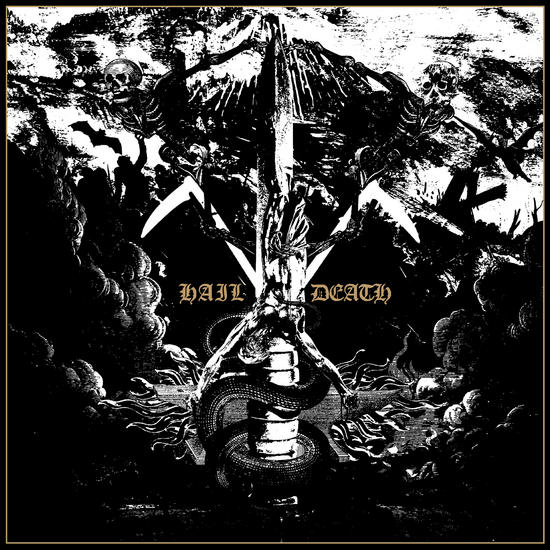 We get 10 tracks, all pretty epic! But unlike other bands that I reviewed lately, there is not such a variation in style or rhythm as for ex Delain, Xandria, Ancient Bards... I know this one is more into Death Metal/Black Metal and that's their style and are holding on to it.

First track 'Still reborn' takes 9:09 to end, is pretty acoustic until the guitars explodes and the hammering drums and a hellish voice jumps in. The monster is awake and screams and grunts like hell! The only humans are doing the backings as clean voices. It doesn't sound as hard or extreme as Cradle of Filth, to name just one, but it sounds good. 'Redemption trough blood' has nice percussions before changing into a typical death metal track. 'Eventide' has a faster tempo & a more aggressive play. It feels like a wakeup call! The end is a bit softer than expected. 'Seven stars unseen' is almost a death metal ballad, a bit strange, but why not?! 'G.N.O.N.' gets a nice combo of a guitar solo, heavy fuelled drums and a screaming monster on vocals. I have no clue what the title means, but it sounds pretty into death metal! 'Until the end' is a great screamer with a melancholic sound. The backings play an important role in this one, just as the sliding guitar and the excellent solo! 'My hate is pure', well the title says it all, no? 'N' & 'Next level Black' are pretty epic, but time flies. These songs are over before you even notice, a strange thing, but it just happens to me!

A great extra and the real end song for me is the Kiss cover 'Under The Rose' and this version is a real surprise! The vocals sound softer, closer to the original. The sound is also a bit softer, more commercial. Still, it's pretty amazing as cover for a death metal band!

I had my part of the fun with this one, and you?