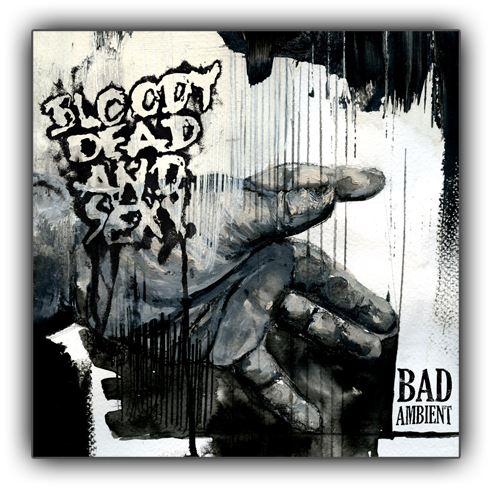 Bad Ambient is the fourth album by Bloody Dead and Sexy, the leading band of the deathrock/batcave-scene. I always thought that they were sounding a lot like Christian Death (especially on early albums like Narcotic Room), but now the circle is complete as they now got the collaboration from Gitane Demone herself. She’s contributing on two tracks: Plastic Night Sky and End Of The Night that is indeed the famous Doors-anthem.

The fourth album by these deathrockers is a rather hard pill to swallow as most lyrics deal about the death of the daughter from Rosa Iahn, frontman of this band. Indeed, a sad thing to handle with but such subjects often lead to heartbreaking masterpieces and that’s exactly the way to describe this record. In each song you hear the brilliance of this band. It’s surely nothing new at all, I mean Bad Ambient feels like if it’s a record from 1983 even if the band pretend they’re discovering new horizons. But, be honest… Isn’t it a wonder that you can actually hear excellent deathrock in 2013? Bloody Dead And Sexy deliver this. An album to check out!