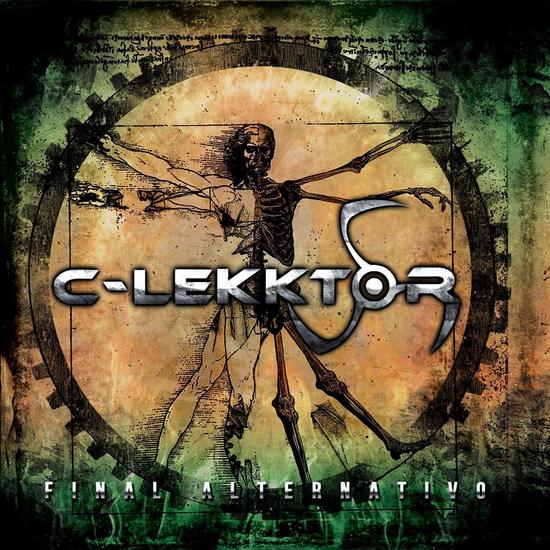 Well, I wanted this one for longtime. Sadly It took a lot of time before I got it!

Already from the first track ('Despues del Apocalipsis') it hit my beloved spot! Dancing all the way! Start sweating! Love this intelligent Industrial Dance Music with a Harsh voice and great inspiration! 'Promised Land' already sound very know to me! 'Dirty Elekktro Sex' was already from before one of my hotspots! It's great to work with external voices! I was thinking from longtime how it would sound if a woman would be behind the mic and somehow now I now it: just great! The beats are getting fired off at a great tempo! Party time!

I understand more and more why C-Lekktor is really getting bigger and bigger in the rest of the world! 'Aggressive Mutation' is another bomb track! Where's the Vampire Party?! Some rest for the wicked ones with 'Bakun' as it is a bit of a soft song? A bit harsher is 'No Side Effects' (however not as harsh and dance floor minded as the first tracks), but still: the temperature is rising again! 'Solo en la Oscuridad' is one of these great tracks, I just got lost in it! 'Paralisis' makes it very clear that this is how Suicide Commando could sound like in Mexican, the 2014 sound included! Still burning 'W.O.E. (Still Listen To Them)', finger licking good and o so hot track! A bomb called 'Metpo' has even some Russian vocals, the metro takes us right into a Russian party, for sure! 'Final Alternativo' is end song that one can skip easily and the reason why I don't give it a 100! It's the only downside on this album.

I'm really very enthusiast about this one! Simply a great one, a real pearl!

It won’t take long before this band is really huge and worldwide famous!