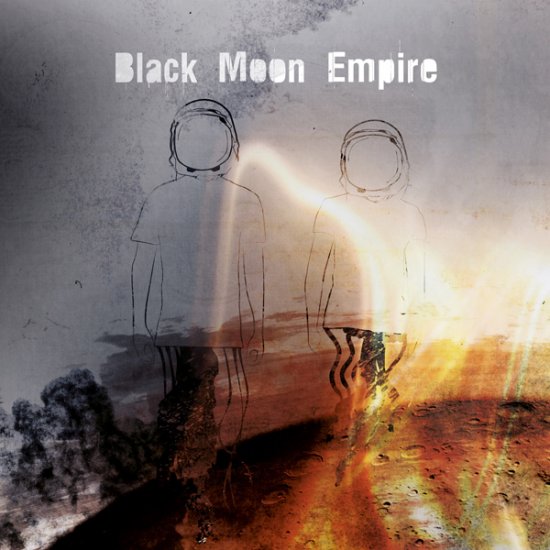 This split EP contains work from two postrock bands, both well known in the genre. Mooncake are four guys from Russia, making a name for themselves without playing live. They did however share stages with Caspian, Explosions In The Sky and God Is An Astronaut. The other band is Collapse Under The Empire and they hail from Germany. They are only two and started making soundscapes for screen productions, but eventually this took them in the postrock direction.

Both bands make music that sends you travelling in their lunar landscape, but C.U.T.E. does this with a heavier sound than their Russian counterparts. Both Mooncake songs create an appealing atmosphere with catchy and emotional melodies but ultimately, they fail to drag you along on their mission. Turquoise just feels too clean and deliberate, Novorossiysk 1968 does manage to break through these boundaries and results in an esotheric and compelling song.

C.U.T.E. does a better job here by not trying so hard to convince us but by making some very fluent and heavy postrock songs, just like Mogwai or Motek do. So if you prefer lighter sounds then you might be better off with Mooncake.

The first song tries to blend these two distinctly different sounds into one and the result is rather poor. A short and lightfooted song that never comes close to the other ones on the EP. These bands might have a bright future ahead of them but still have a long way to go. Well as far as there is a bright future in music, that is...

Collapse Under The Empire