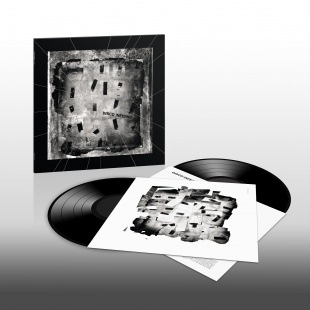 Originally issued 25 years ago, the centrepiece of this compilation is gritty London post-punkers Disco Inferno's album Closed Doors/Open Windows, bookended by a welter of EP tracks and rarities, all previously issued under the collective title, In Debt (CD only). This 2017 upgrade sees an extra song added and a new limited double-vinyl addition added to the fray.

Despite being recorded with minimal but nonetheless impressive technology for the time - the band invested in MIDI and samplers but restrained their uses to propel and enhance the music, rather than just 'baggy' things up with shuffle-beats - pretty much all of this explorative collection sounds even more contemporary than it did in the '90s.

At a time when just about every genre of music was endorsed by 'the kids', gloom-filled post-punk was out of favour which left Disco Inferno adrift from any hope of endorsement from music journos and their audience. Nowadays, there's a place for spacey, slightly dubby, sparse post-punk that sounds part-Dif Juz, Chameleons, Piano Magic, Magnetic Fields, Comsat Angels and Factory acts like Crispy Ambulance and Section 25.

Set Sail has cascading guitar lines, echoey drums and whispered vocals more befitting of a band from the North-West or Scotland than just off the M11 while the ghost of Martin Hannett lends a chilling presence to the likes of non-album track Entertainment (taken from the excellent single of the same name) and Interference. New track In The Cold bears all the typically dark Disco Inferno hallmarks with robust hollow drums and insistent jagged guitar motifs while a special mention should go to the closing No Edge, No End, surely a track that wouldn't sound out of place on U2's often overlooked Boy album.

Well overdue for a reissue, In Debt 91/92 ought to inspire further DI reissuing as soon as possible.