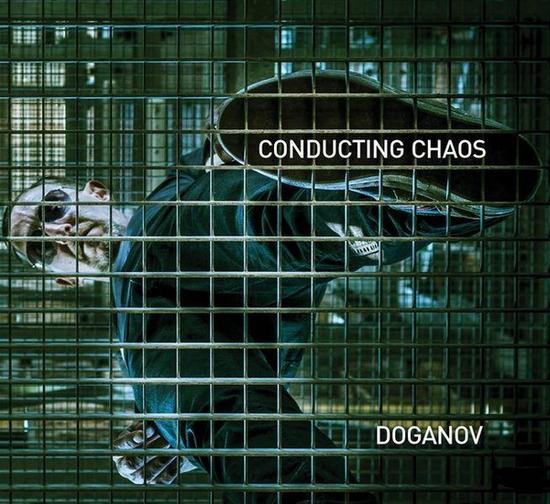 Doganov is known as a group with an enormous potential of a true cluster bomb, a collection of strong melodies that are fired at you. How do they achieve that? With danceable beats and heavy guitars!

They already made an impression at Peek-A-Boo with their demo CD Pre1ncarnat1on from 2013 (also known as Dark Something To Dance To). The CD version immediately was virtually untraceable, and somewhere it is regrettable that fantastic songs as Endear You and History can’t be found on a disc. But no worries, songs like Mad To The Sane, Blood And Rain, A Call To The Underworld, the title track Conducting Chaos and indeed the entire album,are of the same level. They are all solid compositions and because of the interaction of quiet passages with aggressive outbursts, varied enough to keep your attention.

Some lovely guests participated to the CD. Didier Moens of La Muerte did the production. Keyboardist Frédéric (who has a past in the dance scene) asked Frank Jordens (who for a long time was known in clubs under the name of Frank T. Wallace) to do the mastering. And so you see: the mix of heavy guitars and beats is even working at this level.

The group is now reduced to a trio, but that does not make it sound less strong. References as Rammstein, Die Krupps or Nine Inch Nails are legion, but you can’t blame these gentlemen of copying them. Their own style is just too recognizable: heavy, yet melodic and expressive. The vocals of Karl certainly play an important role. Doganov - playing just with synth, guitar and vocals - is also very much focused on the danceable side. A tribute to Front 242 in the form of a cover of Headhunter is perhaps more than just a statement.

With Conducting Chaos, Doganov has delivered a fine album that will hopefully set its reputation permanently. They are indeed quite an experience to see live, and we only can hope that many performances will follow to promote this album.