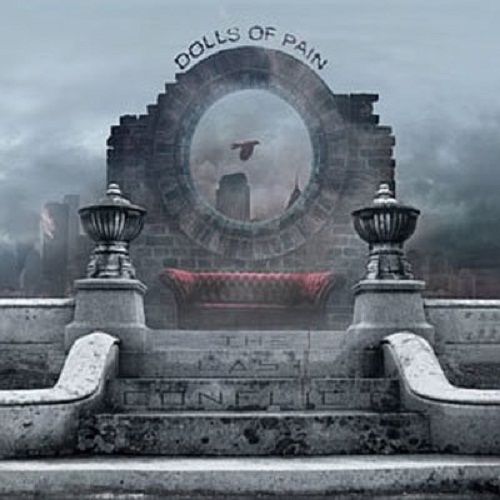 Skyscrapers catching fire after an explosion.
Well it's of course an image we've seen before, but who knows, maybe in the future we'll link it in to the fourth Dolls Of Pain album instead of mad men taking over jumbo jets.
Having released their most recent "Strange Kiss" single, it was obvious that this French trio was looking for a much more mature sound and it seems like they found it on "The Last Conflict".
Theoretically speaking, this will be put under the "cross-over" section as the guitar plays the leading role throughout their electronic (sometimes harsh) terror-noise anthems.
Those who are looking for something new will be immensely disappointed as this album doesn't offer this, but if you're the kind of person looking for thirteen strong tracks, that can even find their way to the alternative dancefloor, then this is the album for you.
For those who can read between the lines: this is indeed the triumph of Dolls Of Pain. Great!