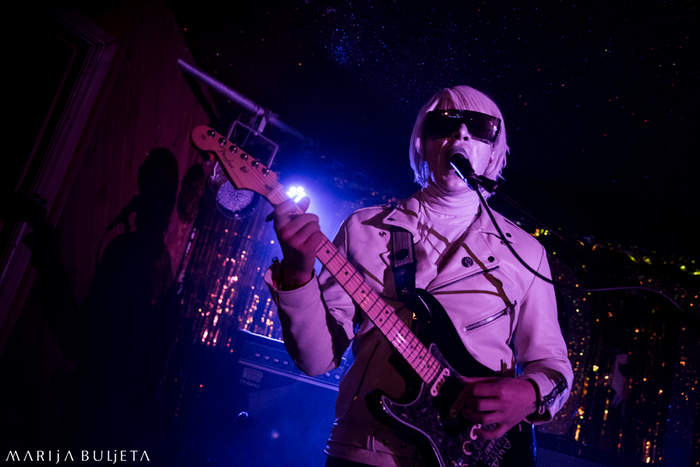 On 12th February, Moth Club hosted one of the most intriguing young acts I could have possibly wished to see, Drab Majesty. I arrived in time to see the supporting act Dune Messiah. I knew nothing about the band, apart from the fact they came from Denmark. However, I was very pleasantly surprised by the trio. The band is undoubtedly indebted to the neo-folk music expression and has been inspired by the genre. Although I wasn’t familiar with the songs, I enjoyed them nonetheless. I checked them out today and I found their debut album The Iron Oak very much to my liking. Judging by it and their excellent live performance, I predict a bright future for them.

Drab Majesty took over the stage 10 minutes before 10. They opened with “Dot In The Sky”, which instantly got everyone moving. The stage was pretty dim and Deb used the smoke machine frequently. The lightning on the stage was not ideal for taking pictures but enjoyable and appealing to the audience, as well as in line with their performance. Although their show was not physical and didn’t require stage gimmicks, they had their recognizable style and stage appearance, which was toned down a bit for this occasion. The wigs, white leather jackets, huge black sunglasses and white face paint still made them look rather intriguing and attractive. “39 By Design” followed. Although it’s a dark wave slow dancer, everyone was moving and singing along. The crowd was hypnotised right from the start. They switched to “Kissing The Ground”, the up tempo post punkish number which stands out as one of The Demonstration album hits. We could also hear The Careless material. The next song was a beautiful dark ballad “Unknown To The I”, one of my favourites from the release. They returned to The Demonstration with “Cold Souls”, which received the greatest feedback from the audience. No wonder, the song is very high on my Drab Majesty top list as well. I wondered if they could preserve the magical ethereal atmosphere of the song but the guys pulled it off incredibly well. Deb announced the “old one” next. It was “Y.K.E.D.A.” which you can find on the first Drab Majesty’s EP Unarian Dances or on the Completely Careless compilation. The track always makes me feel nostalgic for the 80s synth sound. However, it’s amazing to hear such music sounding fresh and modern on stage in 2018. They returned then to last year’s release with “Too Soon To Tell”. And although it was too soon for us to leave, they played just one more number. It was “Not Just A Name”.

It was surely more than a show, it was an experience! Drab Majesty’s music is an emotional voyage, an overwhelming power of feelings Deb puts into his work. The venue was sold out as expected and the merch stand was rather busy. I wish them pleasant rest of the tour and I hope to see them back soon. 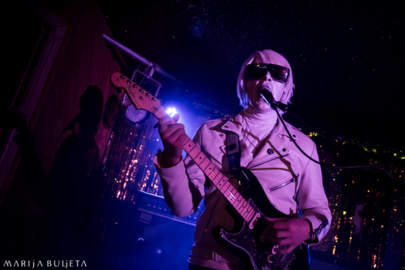 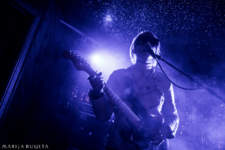 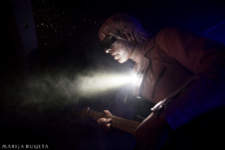 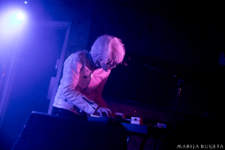