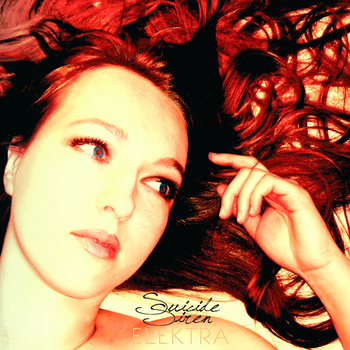 Blowpipe Records is a Dutch label owned by Wim Dekker. It might be a name that doesn’t immediately ring a bell but this man was in the 80’s member of Minnypops, one of Holland’s finest post-punk bands. As our mag is always interested in discovering new talent, I thought it was a good idea to dig out their catalogue (and even more to feature the artists with an interview, but that’s for later!)

I don’t know why exactly I started with Elektra. Well, it’s probably because I love female pop. Anyway, a fine choice it was, but also very difficult to describe it. I guess something like ethereal dreamy disco pop isn’t that far away from the truth. You see, on this 10”inch that features six tracks Elektra Dekker (as that’s her full name) comes up with great tracks that are poppy (don’t think pop is bad!), melodic tunes and a somehow melancholy undertone. That last bit is probably caused by the piano that is also done by Elektra. Suicide Siren is also featured in Russian, so I guess Elektra has East-European roots but that’s something we’ll find out when we will interview her.

You’ll never hear me saying that Elektra is doing something new, as she’s not and I’m sure that she’ll be the first to admit that. What I’m sure though is that she’s the kind of artist who understands what the meaning of pop is. Pop means in the first place creating a song that stays in your head (in this case because it’s good) and once I heard it twice, I kind of begin to mumble the words of Suicide Siren. So, mission accomplished. So if you’re looking for alternative pop with an eternal (and yeah, East-European) touch then Elektra is your girl!