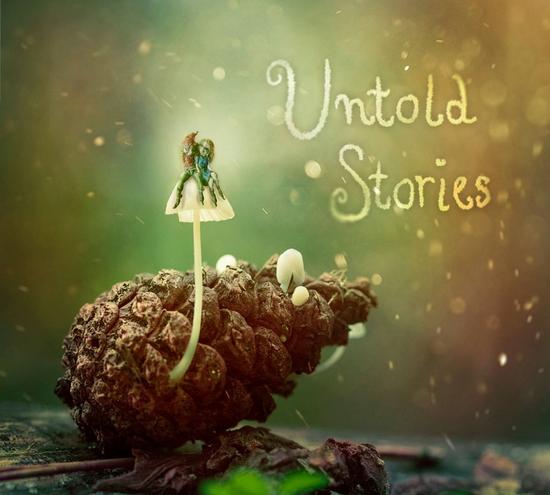 Elvya releases an album filled with beautiful fairytale folk. The Belgian Liesbeth (voice and dulcimer) had help from an impressive list of musicians. The voice of Arjen Lucassen (Ayreon) is for instance used during the intro and outro. Untold Stories is an epic, atmospheric story. In contrast to a lot of other bands and acts in this genre, Elvya isn’t using a bombastic synthesizer wall of sound, but uses real instruments. The result is phenomenal. Production wise, musically and vocally it all perfectly fits.

Nature is the biggest inspiration, but with a magical, fantasy view behind it. It is in fact a reflection of the music itself. It sounds dreamy, but with both feet on the ground. It sounds like a soundtrack with the perfect mix of folk, neo-classical and pop music. The different influences keep the music exciting from beginning to end. It is truly a journey into a beautiful, magical landscape. Untold Stories proves that well thought off story and music don't have to sound artificial. In fact, every tone, every instrument and every note of the beautiful, versatile voice of Liesbeth has a function. Untold Stories is the fantasy, folk album of the year.