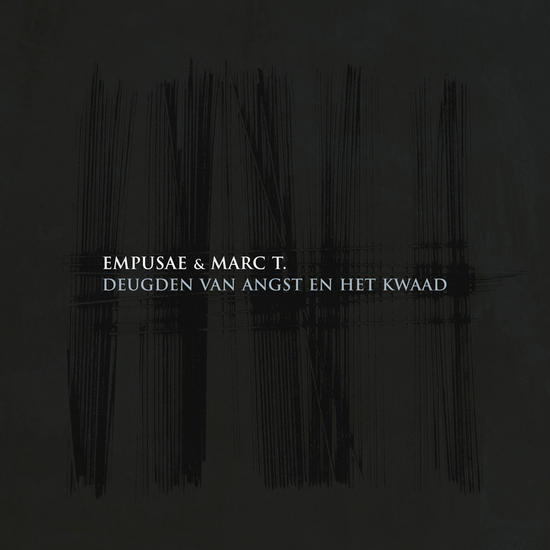 With a Dutch title like “Deugden Van Angst En Het Kwaad” EMPUSAE & MARC T. don’t seem to aim at the international market, but with their music on this album they will actually appeal to people all over the world. The impressive psychedelic electronic guitar soundwalls of MARC TITOLO (known from sludge band Dirge) combined with the electronic rhythms and soundscapes (from Sal-Ocin, EMPUSAE) sound truly amazing.

The built-up of the songs is so slow that it is not always easy to experience the tension, but when you keep listening to this album, you will be slowly sucked into the impressive hypnotic psychedelic sound. The mixture of styles sounds so fluently and natural that it is strange that this has not been done more often. The strength of this album is that it will appeal to people who are into dark ambient and sludge, doom rock lovers alike. It’s not that one of the musical styles has surpassed the other, but it’s a true fusion of two styles. It is absolutely brilliantly done.