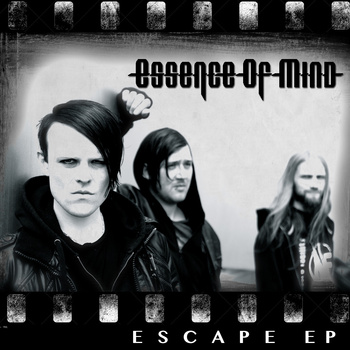 Just before the official release, I had the chance to listen to one track and loved it! It's hard to find a niche for the kind of music they make, and that's probably the most interesting part, as it keeps you awake and vivid! the music is somewhat poppy, with metal influences, but also electro-minded... Even the voice varies inbetween semi-grunting over really poppy to even heavenly voice (can I say that when a man sings?). One thing is certain: there is an Linkin Park influence on the voice and guitars in the single edit! Apoptygma Berzerk fans can also be pleased whilst listening to this ep (for sure with the club remix)!

All of the remixes add a different dimension to the original, giving them a chance in the clubs. The Henrick Bäcktröm remix is really into clubland and focusses on the heavy part of the vocals whilst the beats keep going. The Junksista remix gives it a bit of a J-Pop touch as if it was made in Japan.

All by all a nice ep and the way the remixes are placed, it sounds as if you are listening to 4 different tracks, so I can honestly say that I looooved it! This is a great Norwegian quality product!