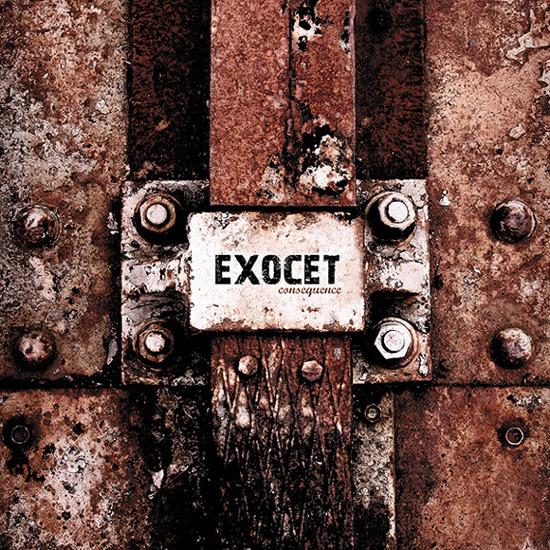 Exocet is one of the newer bands on Ant-Zen, René Klimaczewski started the project in 2008 after he was inspired by New York artist Dave Kean. Under this influence he produced his first album, Violation. Only a year later he finished the much darker album Grotesque Comsumer.

Named after the famous french anti-ship missile, there is a slight french idm sound to opener Work Don't Stop. He workes with movie samples but in a very unrecognisable way, Bad Taste reminds me of something but I'm glad it's not as obvious as the "Oh my God Mulder, I think it's bile!" sentence.

The droning rhythms are like a thread throughout the whole album, creating a unity but still there are a lot of differences between the songs. Periods of absence in rhythm is also a recurring trademark of "Consequences", chosen wisely they do not interfere with the flow of the album.

A few songs are less interesting to me, the technoid beats of Breakaway and Playground might show another approach of Klima but for me they are the lesser tracks here. Good Night is more accessible with a positive feeling leaking through the sounds.

Strange Influence is a title chosen with pinpoint accuracy with its ethnic wails over a rhythmic industrial landscape. The last song is a great drone ambient track, soothing and calming.

The more you listen to the album the more you keep discovering in all those rich layers of electronic music, proving that this is indeed a great release from a young and promising artist. Together with Contagious Orgasm one of the highlights of Ant-Zen's releases this year.