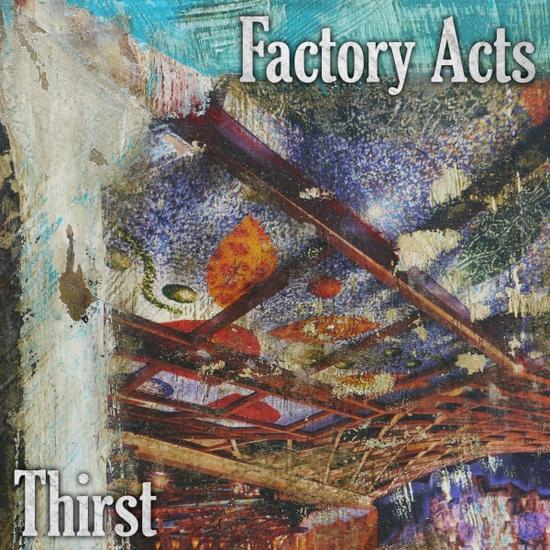 If a band is described as post-punk dark-electro duo then it immediately gets my attention, especially if they’re accompanied by sexy female vocals. Factory Acts are from Salford, England. The duo are SoS (aka Susan O’Shea) and Matt Davies. Their music exist out of coincidence as they say. After having made two selfreleased singles, they return to the front with the mighty Thirst EP. They played with bands like Naevus and if you’re familiar with the British undergroundscene then you know they’re kind of dark.

That’s what you can say about this EP that’s been released via the Manchester-based independent label AnalogueTrash Records. There are four songs included and they’re all kind of danceable, even a bit Cabaret Voltaire and Attrition-like. The mood is dark and reminded us of old forgotten bands like The Passions (yup, those who were in love with a German filmstar), a gothfeel like Skeletal Family and some modern electronics like our own Vive La Fête. Yeah, I like it. We heard this sound before, but that doesn’t matter at all!