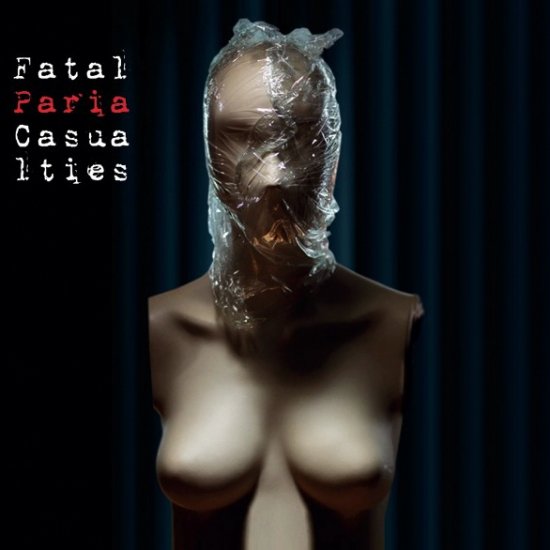 Imagine this, a band that releases their debut after an existence of 27 years! It happened to Stefan Ljungdahl and Ivan Hirvornen who form together Fatal Casualties. Described by the label as Einsturzende Neubauten going awol, the duo comes up with the Faria-EP and it’s a winner in all its senses.

Opening track Aim immediately can be classified as an instant classic. I won’t be the first who think this sounds like early Klinik but then again there’s nothing wrong with this, I guess. Drifting is a bit poppier, an 80’s synth that seems to come from an old Mute-releases add with distorted vocals…think Borghesia, Skinny Puppy…or just think about quality. En Nerkostym (no, me neither) is probably Fatal Casualties at its darkest, an experimental dancefloorkiller and once again I’m thinking of the influence of a man named Dirk Ivens. Glas is another track I can’t find words for, but there’s definitely some Seigmen-influence in it (or at least I think so!) and same can be said about Slippery.

The EP closes with Toys and it’s just like the existence from the band itself: it all seems like z big mystery. Paria is an excellent work for electroheads. But they better hurry as this release is strictly limited to 200 copies! And once you’ll miss it, who knows you’ll have to wait another 27 years!