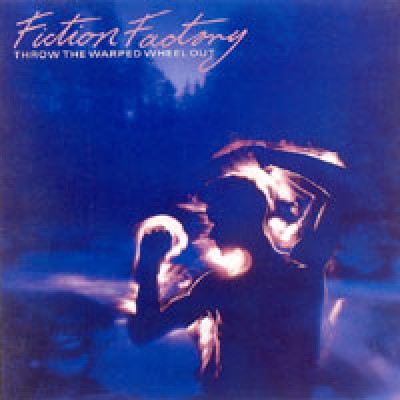 Throw the warped wheel out

I guess that in every popbook the Scottish band Fiction factory will be described as a one-hit-wonder. It's for sure that you won't meet anyone who doesn't know the world famous tube (Feels like) Heaven, but it would be much more different to find someone who can come up with another tune....and believe me, that's a pity as they deserve more!

No bad words about ‘(Feels Like) Heaven’ that made it to N°6 in the British hitparade, but still Fiction Factory are so much more than this. These days the band are still around (just like so many others) and recently Cherry Red has republished the album that is more than just "the one with that catchy tune". As it's usual the case with Cherry red-records this reissue comes in a special edition.

The album that was originally released in 1984 now contains nine bonus tracks. The extra stuff you get are three 12" versions from (Feels Like) Heaven, Ghost Of Love and All Or Nothing. For the rest you'll get the usual related B- sides.

Some might say that the synthpop from this band is a bit dated, and even if their music has a very definite 80's-touch, it's kind of timeless as well. This is mostly due to the fact that these guys did know very well how to write a memorable tune, which is kind of strange if you think about the fact that they only scored one hit, at least outside the U.K. tghat is.