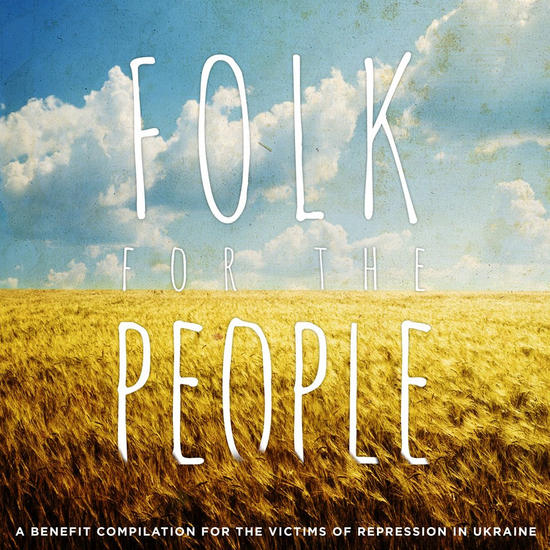 FOLK FOR THE PEOPLE

Folk for the People: a benefit compilation for the victims of repression in Ukraine

This fundraising project has been initiated by the European alternative folk scene after a call from Mich Rozek (drummer of the Belgian Tribal Folk band Rastaban, whose ancestors came from Ukraine) in solidarity with the people in Kiev who were killed and injured while demonstrating for the respect of their basic rights, for a better life, for freedom, for a society without corruption and abuses.

Hundreds were injured, more than a hundred were found dead, shot or tortured. Some were kidnapped. There are still more than 100 people missing. We've all seen and followed what happened in Kiev, and it touched us all very deeply. There's no hate, political motivation or radicality behind our intentions with this project, only compassion and a call for tolerance and diversity as basic values against injustice and the injustifiable suffering of all these people.

In order to help the victims at our level as musicians, every band accepted to donate one of his song for a downloadable compilation available on Bandcamp. 35 bands from all over Europe and even Canada have contributed.
All the benefits of this compilation will go to EuromaidanSOS, a structure who's financially helping the victims and their families. You can read more about this organisation and their work on this page:
euromaidansos.org/en/help-victims

For updates about the evolution and the result of this project, don't hesitate to join the Facebook event created to keep people informed about it:
www.facebook.com/events/618570681562266/

A really huge thank you to all the people who contributed to set up this project, especially the bands who donated one of their songs, but also all of you who, by purchasing this album, are helping the victims of this repression and their families.

Now, time for a review... I know most of the bands and I can say: they are good bands, showing their great heart! I'm really happy with this attitude: war is not a solution! This one is also a great introduction for a lot of bands all over the world as it's clear that everybody cares!

It took me some time to finish this review, but every second was worth it! I hope the goal will be reached, it shows for sure that a lot of people want peace and have a heart. Folk is music for people with a heart and with this one it gets ones heart again! Thanks a lot for this jewel of a compilation!