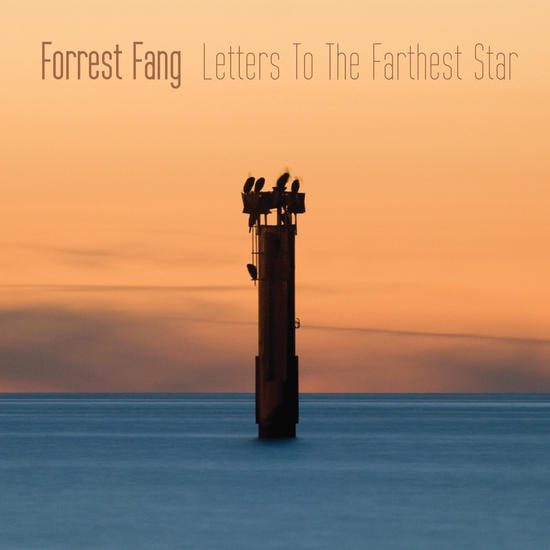 Letters To The Farthest Star

The Bay Area USA based FORREST FANG creates music that balances between new age and world music that is Asian inspired. It’s lovely music for the Sunday morning or for the late hours of the evening just before going to bed. The music is most inspiring when the different influences reinforce each other. Best example is ‘The Unreachable Lands, sliced into four parts. After a long intro (part I) the song(s) comes to life with the use of percussion and stringed instrument (II, III and the melancholic IV). The strength of this album is the fact that the calm and quiet of the music is also used in the writing of the songs. Listen for instance to the more than eleven minutes clocking ’Burnt Offerings’, the percussion filled ’Veldt Hypnosis’ or the nicely dreamy feeling creating ‘Seven Coronas’. It’s getting less when FORREST FANG leans to long on one music style. Like on the last official song of the album ‘Lines To Infinity’ and the next three bonus tracks.