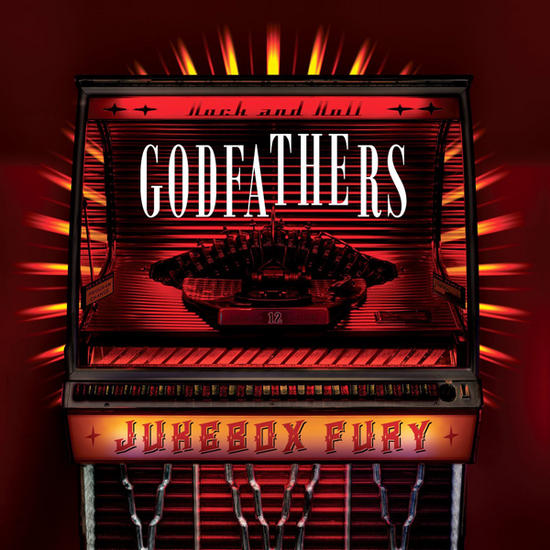 Another legend that rises again, The Godfathers are a seminal band from the UK that added a bit of 50's, 60's and even early 70's panache to the punk movement. They called it a quit in the nineties but now they are back with "Jukebox Fury", a well chosen title since these songs could well be all on a jukebox! They grew up with older sisters and brothers, avid listeners of 50's and 60's rock 'n roll so that's how they made their own peculiar punk style.

Or to say it differently, they manage to go from Cash, Elvis, The Beatles, Iggy, Ramones or even Morricone and boil it all in a punk stew to make it even tastier then a burger in Arnold's from Happy Days. I love the beat driven rock 'n roll and spoken word ranting about alpha males that are still as primitive as the cavemen. Biting criticism, that's what they are best at! Hilarious lyrics too:

Now this alpha male meat-eater. He ain’t no book reader

With a club in his hand. He’s a primitive man!

Primitive man, you're so wild and free, we're not so different you and me."

Another biting song is "The Outsider" with spitted lyrics and sharp guitars. Just check it out on the Youtube-clip!