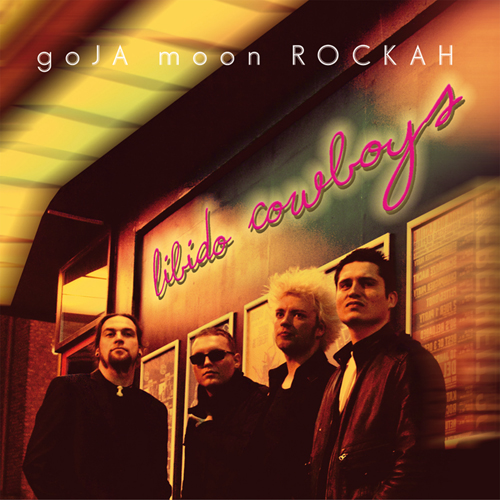 “Libido Cowboys” is not exactly what we would call a fresh album but under the banner of “if it’s not known, we’ll review it anyway”, we’ll give it a go

Goja Moon Rockah are a band from Northern Germany and so far they’ve toured with Unheilig, but their success isn’t as big as the one from Der Graf. Will it ever come? We doubt it as this band follow, a bit too much, in their footsteps.

Their music can be described as a strange mix of gothrock and disco (in a way). Such a sound will give them the stamp of being original but no surprises as with such music, they'll be left in no man’s land as well. But who cares anyway as Goja Moon Rockah seems to to be the kind of band who think life is nothing but fun if you’re having a beer.

Songs that are meant to be fun. I mean if we tell you this album contains songs that are born with titles like “Zombies auf Dope” or “Tropische Liebe” then you know exactly what to expect.

An album that probably will change not one life in this universe but that was surely never the goal anyway. Now where’s my beer?