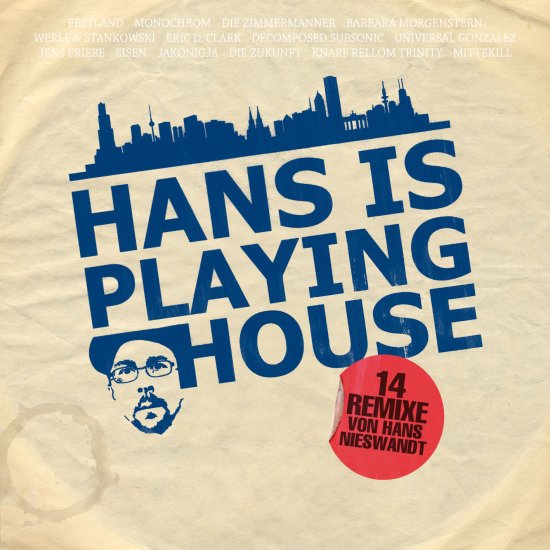 Well, the title couldn't be worse.

Not because we're narrow-minded, but normally a record like this would never be reviewed on here as there's so many other things to talk about but honesty forces us to admit that this caught our interest as the CD was released on Bureau B.

Music connoisseurs know that this label is the home for mighty Krautrock-reissues and even better post-rockstuff but with this release they came knocking on Hans' door to let him remix his favourite artists who don't have much to do with the dance scene.

Hans is a hip name in the dance world and his DJ-skills have taken him all over the planet.

And yet, according to the man himself is all he can do is "discofying" a song.

For him there's no essential difference between house or disco and we know he's right.

The result is a CD that sounds like a party that comes quite close to the dance chart stuff of say Bob Sinclair and we suspect that Bureau B-devotees will raise their eyebrows but the result is rather interesting.

Perhaps this might also be its weakness as it surely must have been a challenge for the label (not to mention for Hans himself) to come up with this "unusual release".
We can hear that the man is having the time of his life but it just makes us wonder: who'll buy this?