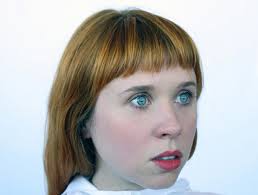 Much-heralded follow-up to her debut Movement, 4AD's latest acquisition is likely to divide audiences with 2015's Playlist. Think FKA Twigs, St Vincent, Autechre, Flying Lotus and Bjork forming an ensemble and you're still nowhere near what weird and occasionally wonderful sounds emanate from Herndon's grey matter. It's as though every last drop of creativity has been drawn from this lady's imagination, syphoned into a bucket and thrown at a jet engine. Each particle has pretty much landed randomly on the tarmac, then scraped up and blown up into this album. You'll either hate it or love it. Or go back to it for more. Chorus and Morning Sun are as good as it gets in the abstract, unstructured world of Playlist.