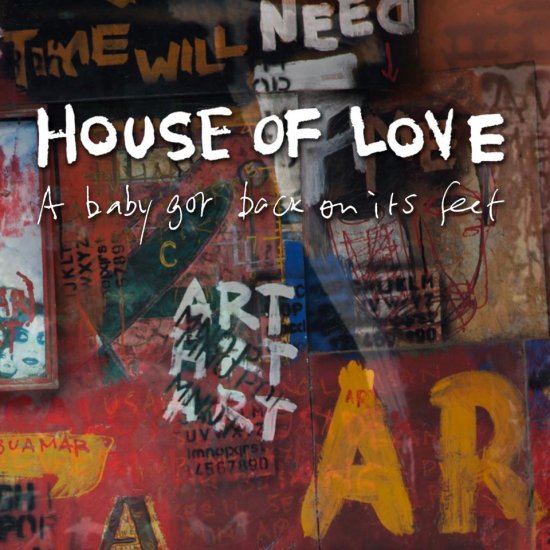 She paints words in red

It was in 1988 that some guys from Camberwell, South London made an album that would change the music scene forever. John Peel was raving about them and critics who couldn’t place their unique sound named them simply “indie”. A stupid term as it said nothing about the music, just the label it was released on. The musical marriage between Guy Chadwick and Terry Bickers didn’t last long. As soon as they toured their mighty debut, they both went their own way. Guy was making excellent poptunes while Bickers made psychedelic Krautrock-inspired sounds with his underrated Levitation.

And then, out of a sudden, Days Run Away came out. It was not only a surprise that after all those years there was a new House Of Love-album, but it also featured both Bickers and Chadwick. Lots of fans thought that this collaboration would be (again) brief. Au contraire as they just released a second album She Paints Words In Red.

The album features 12 songs from which one old one, namely the fave at concerts Purple Killer Rose. According to Chadwick due to the fact that Terry loved it so much, but also because it is one of the best songs ever written. Who are we to disagree on this?

Let’s not beat about the bush. This album is not as strong as their debut, but only fools would believe there was a chance in doing so. Nah, She Paints Words In Red is a collection of twelve beautiful songs. Most of them are ballads (but more in a Beatles-way then in a Lionel Richie-way if you know what I mean) added with an excellent shoegazesound. After all those years Terry proves on Sunshine Out Of The Rain that he’s still the best guitarist on this planet and on Hemingway Chadwick shows that there’s only one Chadwick.

If there is one bad thing to add then it must be the short length. After seven years I’m longing for more than 40 minutes, but still: no one can write tunes like them. They are perfect, created to sing-a-long and I guess for crying as well.

In April the band is doing a short tour in the UK. Some guys have all the luck…