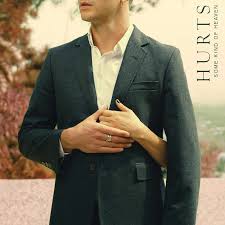 Some Kind Of Heaven

I can't decide whether Hurts possess the same bonkers pomposity that earned Visage and Pet Shop Boys so many worthy hits or not. The duo's first few singles were slick, sophisticated blue-eyed pop and enjoyable, the debut album was mostly likeable and the future seemed bright. Then came album two and now this. Some Kind Of Heaven could have been sung by Olly Murs or some Eurovision entrant, possessed as it is with eyes to the sky pop chops and one hand firmly stroking its chin.