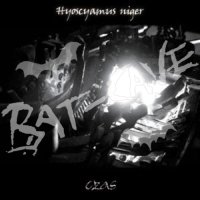 People who know something about plants might tell you that the hyoscyamus niger is a plant that's been associated with witches and that it's considered as one of the most toxic plants you can come across. Luckily enough for us Google can teach us such things and this counts for the Polish deathrock-gothband it's named after as well!

But we are glad they crossed our path, as for once this is not the type of band who think it's enough to sound like some third class Sisters Of Mercy or Fields Of The Nephilim wannabes as they're definitely a band with their own sound.

Having said that, it's of course a shame that this CD is sung in Polish. Every bird sings his own song but speaking of international possibilities, we're afraid that this will put off quite a lot of people as not everybody will loose sleep not hearing deathrock/goth sung in Polish.

Whatever, "Czas" is a more than fine album where we absolutely love the way they combine their coldwave guitars with keyboards that seem to come from some Tangerine Dream album. It sounds indeed quite exotic in a way and that's what makes them more than just another gothband.

Despite these good words, we advise them to record their next album in English as with a bit of luck these guys could make it here too.

Same genre: GOTHIC
THIS VALE OF TEARS • This Vale Of Tears
KILL SHELTER • Asylum
THE BIRTHDAY MASSACRE • Fascination
DARK • Nightmare
ANTHONY JONES • Farewell To Flesh
JESU • When I Was Small
DAVID J HASKINS • Missive To An Angel From The Halls Of Infamy And Allure
VARIOUS ARTISTS • DARKSIDE OF THE CON III
THE SISTERS OF MERCY • First And Last And Always
ALIEN VAMPIRES • Evil Twin Ep