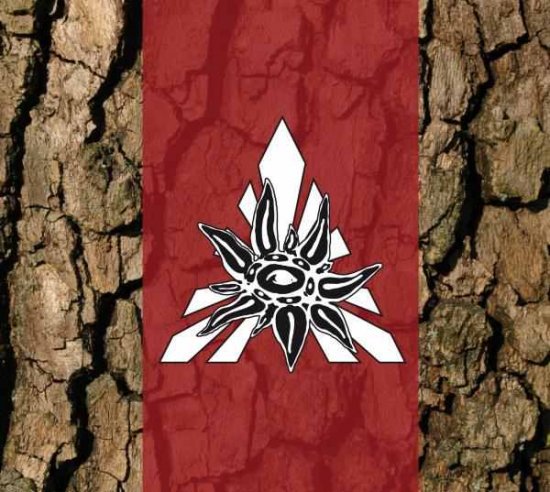 In Scherben are not the most known band in the neofolk genre but since they signed to Lichterklang, they kind of found their own identity which makes "Dort An Jenem Baume" quite different from their previous releases: "Erlkönige" (2008) and "Ostrakon" (2009).

Described as music that's an affectionate commitment to the concept of "Heimat", you have an album with eleven outstanding neofolk tracks plus a live version from "Flamm Auf!".

For non-Germans their lyrics will seem rather hard as most of them are based on poems by Eichendorff, Nikolaus Lenau and Gottfried Benn. Having said that, you don't have to be a linguist to guess what tracks like "Totensonntag" or "Herbstentschluss" are all about.

The romantic neofolk from Lars and Maren is often compared to the likes of Forseti and Dies Natalis and that's a comparison that's justified both musically and spiritwise. The love of the land is sung in folk anthems where acoustic guitars are accompanied by a variety of percussions which makes In Scherben more than just another neofolk-band, even if the sound is dominated by the breath taking baritone of Lars.

Music to just dream away in your wooden armchair to? We'll leave it up to you to decide but In Scherben's third album is definitely a golden neofolk tip for people who are in love with acoustic traditional instruments.