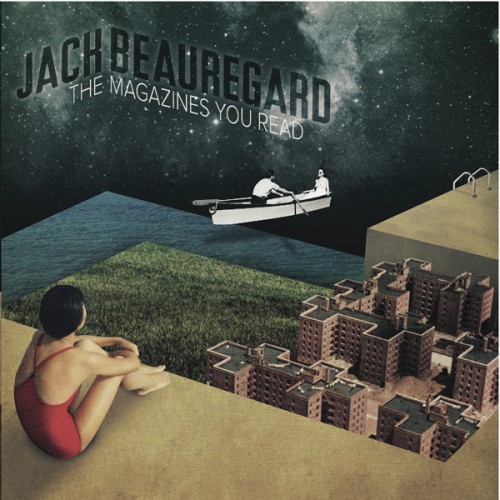 The Magazines You Read

Another one on Tapete Records, Jack Beauregard is named after Peter Fonda's tired and aging gunfighter character in "My Name Is Nobody". A pair of Germans, this is their second album, coming two years after 2009's Everyone Is Having Fun.

Again it's soft singer songwriter music combined with downtempo but I didn't like this one at all. The title says it all, the magazines people read can tell you a lot about them and I would imagine Jack Beauregard would be reading all that brainless drab about the rich and famous... Bild dir deine meinung?

To make things worse, they sometimes sing with a slight off key voice that we know from nancy-boys like James Blunt or Chris Martin. Add this to the reflective and hopeful songs and you know this is perfect radio friendly material. If it would have been based on "Nobody", the nasty gunslinger Terence Hill plays, then it probably would have been better.... Pop music, yuck!

Next reviews
AGENT SIDE GRINDER • Hardware
MOTOR • Man Made Machine
RAOUL SINIER • Guilty Cloaks
VARIOUS ARTISTS • Till Dawn Do Us Part / BE
TYING TIFFANY • Dark Days White Nights
LLUMEN • demo
DIGITAL ANGEL • On The Side Of Angels
VNV NATION • Concert at Botanique in Brussels on 26th January 2012
ARSINE TIBE • Good Evening, The Mountain Said
IRA • These Are The Arms