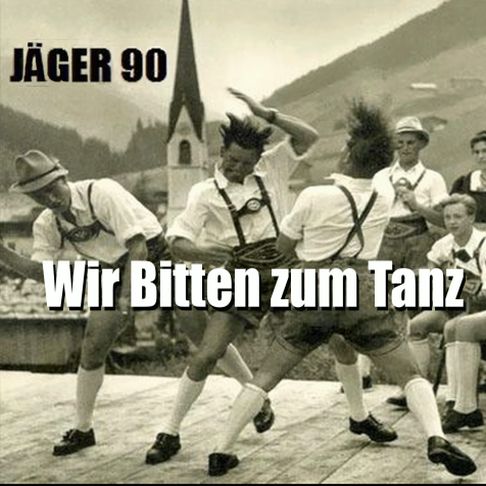 That was the first thing that shot in mind when listening to the new Jäger 90. OK, a lot of you will tell me that they do not bring anything new and yes, the sound is very familiar to Nitzer Ebb and other Spetsnaz's, but let's be honest: isn't it just great to throw yourself in one huge pogo during some pounding EBM gig?

Jäger 90 has released this album as a small bonus for the fans who came to the Familientreffen-festival this year. 8 tracks being stomped though your throat in just over 20 minutes... An EP which is short and powerful, grabs you like a pit bull and leaves you behind, begging for more... It's great that this release is limited, but for this one I would say: open it up and let all people join in the dance!